Learning from the DIZA-Est programme in Chad

The programme is implemented in the Eastern Provinces of Ouaddaï, Sila and Salamat and in the Southern ones of Moyen Chari, Mandoul and Logone Oriental by two consortia of national and international NGOS as well as the United Nations High Commissioner for Refugees (UNHCR).

Concern Worldwide leads the DIZA-Est consortium, which is made up of six national and international implementing partners across three provinces. The programme started in November 2018 and will continue until October 2021. It is jointly funded by the European Union and the French Development Agency (AFD).

Since 2017, Chad has hosted the largest number of refugees in relation to its population density in Africa. Between 3 and 4% of the Chadian population is made up of refugees. In addition to these refugees, Chad also hosts numerous returnees who fled to Sudan (Darfur), the Central African Republic, Cameroon and Nigeria during different periods and are now back in Chad. The provinces bordering these countries, already characterised by extreme vulnerability, are all affected by these population movements.

To better respond to this situation, the DIZA programme has been designed in line with the Double Nexus concept, combining a humanitarian approach with development, whilst also working to promote social cohesion through the improvement of the living conditions of refugees, returnees and host communities in host areas. 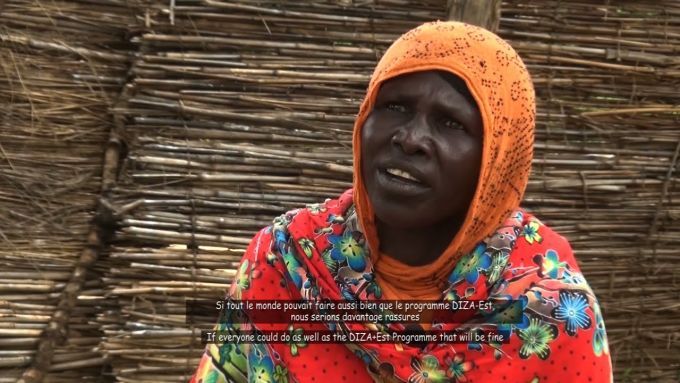 The DIZA-Est programme has the following overall objectives:

The DIZA programme in Eastern Chad (DIZA-Est) aims to improve the living conditions and resilience of indigenous, refugee and returnee populations in host areas, through support for inclusive local development in order to minimise the factors contributing to inter-community tensions, instability and the risk of increased forced displacement and conflict.

This objective is intended to be achieved through eight different outputs these are as follows:

This study contributes to the understanding of the dynamics of pastoralism and farming in Chad.

This report explores the links between gender-based violence, and the resilience shown by survivors, their households and the wider community.

This study contributes to the understanding of the dynamics of pastoralism and farming in Chad.

This report explores the links between gender-based violence, and the resilience shown by survivors, their households and the wider community.