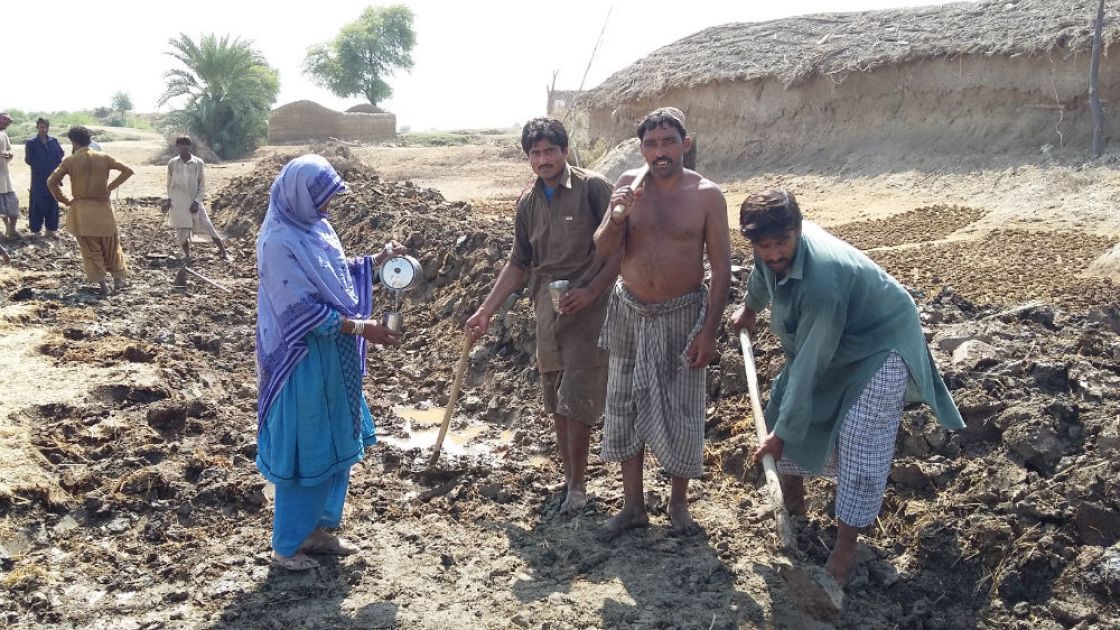 Imagine seeing your home devastated by floods, over and over again. In Pakistan we’re helping vulnerable people prepare for future emergencies. The programme is making a big difference – and empowering women at the same time.

Nazeeran Bibi used to feel held hostage by the rain.

Pakistan, where she lives, is particularly vulnerable to large flash floods. Six have hit the country since 2010. Each one has caused massive damage in already vulnerable communities, by destroying homes and damaging crops. In 2015, nearly 2 million people were affected by these floods.

We rushed to save our lives and had to eat leaves and drink the floodwater when it inundated our entire village. We were already poor and working hard to provide food for our children on a daily basis, but [the floods] left us even more deprived and impoverished.

But despair turned to confidence when Nazeeran became a community leader in Concern’s community-based disaster risk management programme. Since 2011, the programme has been helping Pakistan’s most vulnerable people build community resilience to natural disasters.

What do people learn?

Concern trains emergency response teams of about 50 men and women. Team members learn first aid, search and rescue skills, firefighting, and how to send and give out relief supplies. They also get the tools they will need as first responders. After their training, team members return to their villages and teach other members of their community the techniques they have learned. 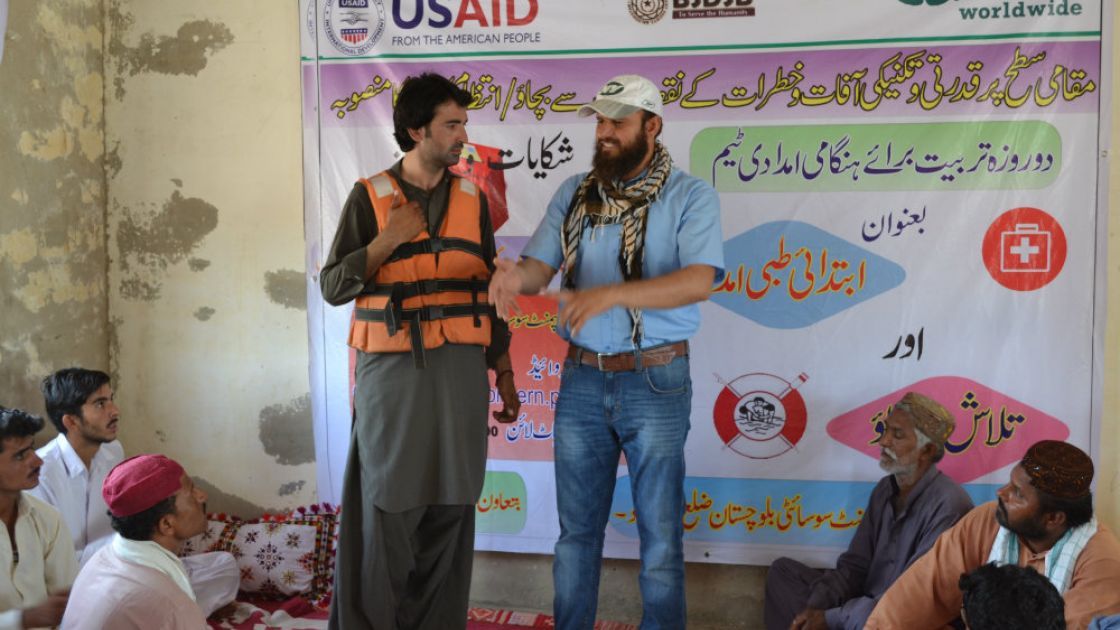 Concern has also helped communities put in place local flood-proofing measures and better water drainage, so they are ready for the next emergency. This work is cheap, effective and easy to repeat. With training on building and repairing these systems, local people can keep them running well into the future. When more floods arrived in the last few years, villages taking part in the programme were well prepared.

Nazeeran’s new skills were put to use on a hot day last July. Straw and animal fodder caught fire in her village in Pakistan’s Sindh Province, putting homes at risk. The men of the village were out doing their daily work, but Nazeeran remembered her training. She gathered the other women she had trained in disaster preparedness, and they worked together to put out the fire, saving lives and property.

Now I have the knowledge and skills required to work toward managing disaster situations,and my knowledge is power.

The programme has promoted equality by increasing opportunities for women. By training as first responders they can work their way up to leadership positions, and become a trusted source of knowledge about disasters.

In fact, women involved in the programme have been empowered to make their voices heard much farther than their own village — something once quite rare. Imamzadi, a primary school teacher in the Dadu district of the Sindh province, is one of many women who have been selected to represent their communities on local disaster management committees.

Since then Imamzadi has become an activist in her village. She has pushed her local government to take urgently needed steps to keep village drains clear, which will cut the devastating impact of recurrent flooding. She has also fought to make disaster preparedness a government priority.

Evidence shows the training pays off

The programme is now in its second phase, covers seven districts in Pakistan. Nearly 1,500 trainers have completed the program. More than half of them are women. Evidence shows that these trainers have made communities more resilient. After recent floods, the damage in areas covered by the programme wasn’t as bad as that suffered in other districts and provinces. 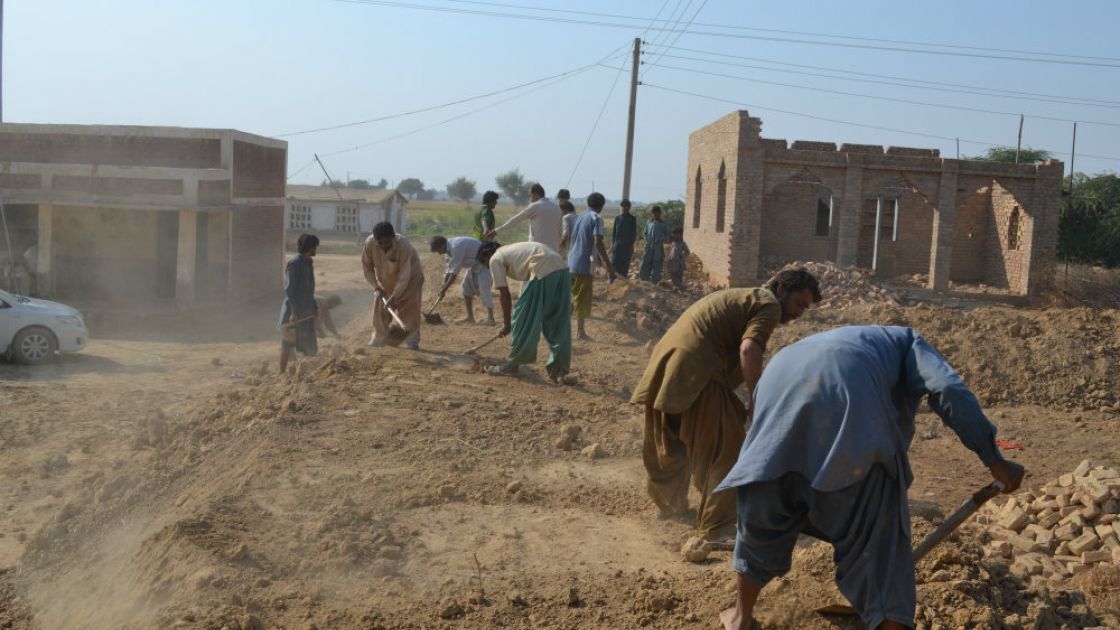 Other districts and provinces will soon reap the benefits of the programme, which was funded by the Office of U.S. Foreign Disaster Assistance. Lessons learned from it were used to design a new disaster resilience programme that will one day cover the whole of Pakistan.