Concern Worldwide (UK) is governed and regulated by our Trustees.

Concern Worldwide (UK) is governed and regulated by our trustees. Trustees, all of whom are non-executive, are drawn from diverse backgrounds in business and professional life and bring a broad range of experience and skills to board deliberations. There are clear distinctions between the role of the board and the executive management team to which day to day management is delegated.

The members of the board cannot, under the governance regulations of charity, receive remuneration for services to Concern. 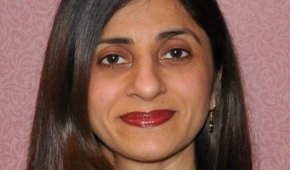 Zamila Bunglawala is International Director, Department for Education. Formerly Deputy Head of Unit and Deputy Director - Strategy and Insight, Race Disparity Unit at the Cabinet Office where she was the founding architect of the Ethnicity Facts and Figures website. Through her extensive national and international strategic policy and programmes experience in senior roles – including No.10 Prime Minister’s Strategy Unit, Cabinet Office, Open Society Foundation, Young Foundation, Brookings Institution and United Nations – Zamila has led a wide range of pioneering policy and programme projects, specialising in education and employment, open data and digital, gender, SGBV, ethnic and faith minority groups, humanitarian conflicts and development.  Zamila is an international public policy speaker, is widely published and a JRF Practitioner Fellow at the London School of Economics and board member at the Royal Society, Concern Worldwide, Heywood Foundation and UK Research & Innovation, and International Advisory Council at King’s College, London. 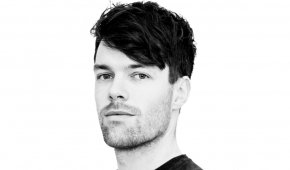 John Dunford leads on campaigns  at the Developer Society, a not for profit co-op digital agency exclusively working with charities, NGOs and activists.  Before joining The Developer Society, John worked at the Syria Campaign, Oxfam International and Greenpeace, where he has worked in the areas of campaigns, digital engagement, online fundraising and technical development.

John holds a first class honours degree in International Relations from Dublin City University and an MSc with distinction in Environmental Policy from the University of Oxford. 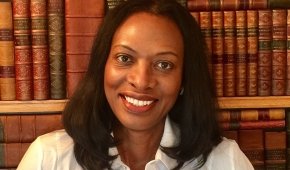 Diane joined Concern Worldwide (UK) board as Trustee in February 2017. A qualified Social Researcher, Diane completed a PhD in Gender at the London School of Economics and Political Science, and a MSC in Gender, Culture and Politics from Birkbeck University of London. She also has an MSc in NGO Management from Cass Business School.

Diane is a Founding Partner of PDC: Professional Diversity Consultants. PDC provides research based advisory services relating to organisational approaches to diversity in employment through both qualitative and quantitative research methodologies.

Previously Diane worked as Journalist in Jordan for the Jordan Times and Jerusalem Star Newspapers. She also worked for Young and Rubicam (Zambia) Ltd as Head of Public Relations, and The Financial Times Newspaper and FT Conferences as their Business Representative for Zambia, Zimbabwe and South Africa. Diane is also author of a book titled, Black Women in Management: Paid Work and Family Formations, Palgrave MacMillan. 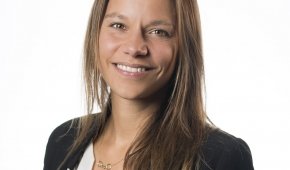 Nikki Stones leads Demand Generation for Privitar, a data privacy software company. After graduating, Nikki spent 11 years at KPMG before going on to hold a number of senior, strategic marketing roles across a range of industries. Nikki joined the Concern UK fundraising committee in 2018 and is a committee member for Women of Concern. She has a deep interest in poverty alleviation and reducing inequality. 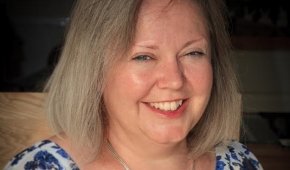 Linda has a background in education but has spent most of her working career in international development and humanitarian work.  Her most recent role (which ended in Feb 2020) was Executive Director for SOS Sahel UK, where she successfully led the closure of the UK charity as the African partners are thriving without the support of the UK office, which is something to celebrate.  Before joining SOS Sahel, Linda worked for a short while with Oxfam GB in the Humanitarian Department.

Linda started working for Concern Worldwide as a volunteer in Mozambique in 1996.  She then became a staff member in 1999 and continued to work for Concern in Rwanda, Eritrea and Sierra Leone in different management and implementation roles and as Country Director in Nepal and Ethiopia, with two years working in the policy unit in Concern Worldwide in Dublin as Education Adviser.

She holds an MA in Development and Emergency Practice from Brookes University, Oxford. 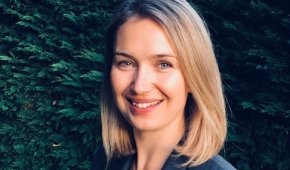 Jemima’s background is in corporate sustainability. She has spent much of her career working with companies – from multi-national corporations to small social enterprises – on how to harness the power of businesses to address social and environmental challenges and opportunities.

Jemima is currently head of food business at Compassion in World Farming, working with companies to improve standards of animal welfare and sustainability. She was previously director of partnerships at CSR Asia in Hong Kong. Jemima has a first class degree in human sciences from Oxford University and has undertaken a year’s professional leadership programme in social enterprise. 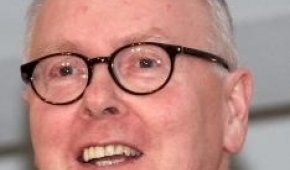 Tony McCusker was born and educated in Portadown, and served in a number of government departments including the former Northern Ireland Assembly and the Departments of Health, Education and Environment.

He was Deputy Secretary of the Department of the Environment with policy responsibility for a wide range of public services including Regeneration, Water, Transport issues, Road Safety and the Fire Authority.

He was also involved in the negotiations to establish the new devolved administration in Northern Ireland in 1999 and implementing other elements of the Good Friday Agreement.

He led the 2003 Common Agriculture Policy negotiations for Northern Ireland and regularly attended UK and EU strategy meetings on agri-food, rural issues, the environment and fisheries. 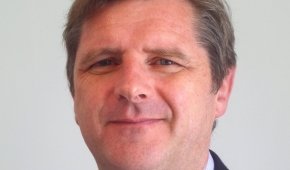 Rob has more than 26 years of financial and commercial experience in various energy sectors and has been an FCA since 1991.

He is currently a partner in Kinetix Corporate Finance, an advisory firm he co-founded in 2010, which is exclusively focussed on the cleantech and sustainability sectors.

After graduating, he spent 8 years with Arthur Andersen before joining the FTSE 100, LASMO plc, ultimately becoming Group Financial Controller.  In 2001 he became FD of an acquisitive VC-backed service company until facilitating its sale in 2003. In 2004 he was central to the preparation and marketing for AIM flotation of a renewable energy company.  Rob then spent 6 years as FD of one of the UK’s premier anaerobic digestion developers. 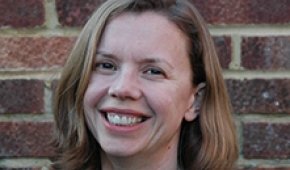 George is the Founding Partner of Audience, a Fundraising and Communications Agency for the Not-for Profit sector, working for charities across the Republic of Ireland and in the UK. Prior to setting up her own agency, George was Managing Director for TW CAT, a Fundraising Agency, and from 2000 to 2006, George was the lead in supporting Concern Worldwide with their Individual Giving Fundraising programme.

George studied Marketing and Social Anthropology at Keele University. Most recently George was an Associate Lecturer on the Post-Graduate degree in Fundraising and Development at Chichester University. 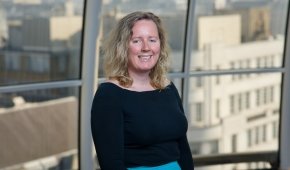 Bernadette Sexton is the CEO of Oxford Policy Management, an organisation whose mission is to build a fairer world by applying the best policy expertise to solve national and global challenges. She leads a network of offices working with leaders, decision makers and enablers through diverse, globally connected and locally embedded teams, to deliver transformative, thoughtful, and practical solutions.

Bernadette is the Vice-Chairwoman of Concern UK and a member of its Audit and Finance Committee. She sits on the Board of Directors of Concern Worldwide

Bernadette has supported development agencies and governments on a wide range of economic and social development topics. For this, she has been recognised by DevEx as one of London's top 40 international development leaders under 40 years of age, recognised for shaping and impacting on aid and development. She has a deep interest in development aid effectiveness, poverty alleviation and inclusion of marginalised groups. 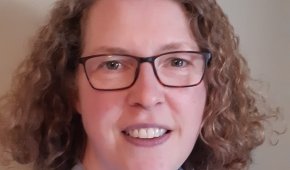 Rosalyn Tamming (nee O'Loughlin) joined Concern in 1996 initially as a volunteer working in Ethiopia, Rwanda, Burundi, Democratic Republic of Congo and South Sudan, joining again in 2009 as Head of the Health Unit and latterly as the Health and Research Specialist.

Her background is in nursing and midwifery and she has a Masters in Community Health and a PhD in Health Services Research from Trinity College Dublin. She has previously worked in Trinity College Dublin where she still does occasional lecturing in epidemiology, and has worked in The London School of Hygiene and Tropical Medicine, and the Centres for Disease Control and Prevention in the US. 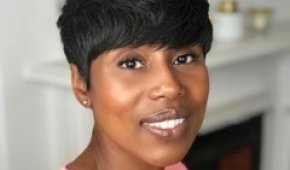 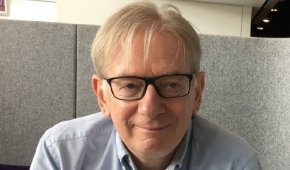 He was also chairman of the Edinburgh College of Art, and a member of Court at Edinburgh University. He is also non-Executive Chairman of JCB Finance Ltd.

Concern Worldwide’s work tackling hunger and extreme poverty among some of the world’s poorest communities wouldn't be possible without the generosity and commitment of our donors and supporters. 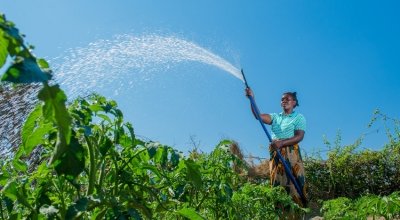 Accountability and transparency are central to our values as an organisation. In fact, they are part of our core values.

How we are governed

Concern Worldwide (UK) is governed and regulated by our trustees.