Exciting trends in gender equality and the women behind them

Exciting trends in gender equality and the women behind them

As we enter 2022 and the world continues to progress in all areas of science, technology, and creativity, moving towards a fairer world remains a priority. Women are driving ideas and innovation forwards to serve other women and inspire an equal world.

Trend #1: Developing the next generation of women in technology through STEM

STEM is a broad term used to combine four disciplines: science, technology, engineering and mathematics. A wide range of STEM subjects fall under the four core areas, including physics, chemical engineering, psychology, and computer science. Studying STEM-related subjects leads to an array of exciting and rewarding career opportunities, with over 60% of all new jobs created found in STEM areas. However, although STEM subjects are becoming increasingly popular, women and girls are significantly under-represented in STEM education, and consequently in STEM careers.

Woman Writing On A Whiteboard by This is Engineering

This gender disparity needs to be addressed. According to the World Economic Forum, the lack of girls choosing scientific studies could mean there are not enough contenders ready to access leadership positions, which will result in the exclusion of the feminine perspective in creating and developing solutions. Additionally, as STEM careers are referred to as the jobs of the future, women should not miss out on fulfilling highly paid jobs, where employment growth rate is three times faster than for non-STEM jobs.

Corporates are getting behind it, too

Corporations are also recognising the importance of engaging women and girls in STEM subjects and careers. PwC UK has brought together over 100 organisations who are committed to increasing the number of women working in technology roles through an initiative called Tech She Can. Similarly, Accenture rolled out their Girls in Tech initiative dedicated to inspiring girls and young women to consider a future in technology.

Regina Honu is a corporate trailblazer whose focus is social impact. She is founder and CEO of Soronko Solutions, a software development powerhouse and social enterprise based in Ghana. She is also founder Soronko Academy, the first coding and design school for children and young adults – especially girls – in West Africa, equipping them with the tech skills needed to succeed and bridge the gender gap in coding. The Academy cultivates the next generation of female innovators who leverage their critical thinking skills and entrepreneurial spirit to create solutions that address their community’s most pressing problems.

More and more, people value and trust first-hand reporting by local journalists over media conglomerates. Too often women in developing nations are depicted as victims in need of assistance by reporters who do not always understand the nuances of their struggles or have the necessary lived experience to do so. Although it is certainly true that in many cases women can be victims, it is not the whole story – therefore, local female journalists are finding platforms to tell the stories of the women around them, the stories of communities to which they, themselves belong.

Writing for equality: Meet the reporters in focus

Take this piece by Pakistani journalist Zubeida Mustafa. Mustafa challenges the picture depicted of women in Pakistan without diminishing the difficulties women in her country face. She focuses her lens on female air force pilots, academics, and doctors, as well as the efforts to create opportunities for women and girls living in poverty. Mustafa was able to broaden her lens and represent an array of women in Pakistan because she has the knowledge gained from her first-hand and lived experiences.

Without this lived experience – and without local female reporters telling the nuanced stories of women around them – there is the danger of telling only the single story. Author Chimamanda Ngozi Adichie lays out the risks of the single story in her Ted Talk. She explains that if she had not grown up in Nigeria she too would think that Africa was a place of “beautiful landscapes, beautiful animals, and incomprehensible people fighting senseless wars, dying of poverty and AIDS, unable to speak for themselves, and waiting to be saved by a kind, white foreigner.” 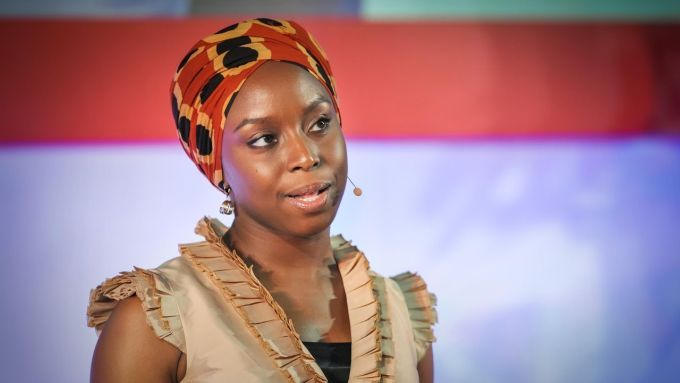 Another notable woman fighting to empower local reporters is Lebanese-British journalist Zahra Hankir. In her acclaimed book ‘Our Women On The Ground: Essays by Arab Women Reporting from the Arab World’, Hankir collects stories and interviews countless reporters like herself from the Middle East (also known as sahafiyat) to shine light on their contribution to journalism.

For years, stories about life and war in the Middle East – and other parts of the global south – have been filtered principally through the eyes of foreign male journalists. Often, those narratives can obscure the powerful work being done by female journalists, and contribute to the telling of the single story.

Women in journalism like Hankir, Mustafa, and writers like Adichie are changing this narrative and teaching us about the value of representation and lived experience.

Artificial intelligence - the ability of a computer or a robot controlled by a computer to do tasks that are typically performed by humans - is shaping our future. However, self-driving cars and marketing bots are not the only way AI is influencing our world. AI is shaping an increasing range of sectors, including climate change, poverty, equality and inclusion, and in some cases, bringing us even closer to achieving the Sustainable Development Goals.

There are also ways that AI moves us towards reaching SDG 5, Gender Equality. For example, technologies can be used to identify inequalities: AI-powered gender-decoders help employers use gender-sensitive language to write job postings that are more inclusive in order to increase the diversity of their workforce. However, while the benefits of AI technology are plentiful, there are downfalls, particularly concerning gender equality. We must remember that AI is made by humans, which means it internalises all the same bias as we have - including gender bias – despite appearing neutral. For example, developers could unconsciously integrate such gender biases into their AI systems and unconsciously exclude women.

Corporations like Deloitte are already working towards closing this gap, producing a Women in AI paper in which they unpacked the roots of the gender gap in AI and provided ways that organisations can fix this. However, the fact of the matter is that more women must be involved in the creation of AI technologies. And there is one woman in particular trying to change this.

Miriam Vogel is the president and CEO of EqualAI – a non-profit designed to reduce the infusion of unconscious bias in our AI systems – and advocate for data ethics and justice. Vogel recognised that women and minorities were not building AI, and therefore were not being represented in popular algorithm-based products.

During the conference ‘Boundary Breakers: Women Driving The Future of Tech’, Vogel explained that already, facial recognition technology perceives white men more easily than women and minority features. That’s why Vogel, and EqualAI work with companies, policy makers and experts to reduce their bias in AI by developing standards and tools, as well as identifying regulatory and legislative solutions, to increase awareness and reduce bias.

These trends are more than just trends, however. They are vital socioeconomic and technological transformations that are the future of our planet, paving the way for how it will operate – hopefully, as a fairer and equal space.  They are also particularly important in developing nations and must be addressed across the spectrum of sectors, including in international development. As seen, AI can help improve food security, thus organisations like Concern are adopting such practices to help reach our goal of ending extreme poverty. Empowering local reporters to avoid the single story is also an essential move if the narrative of the global south is to shift away from that of victimisation towards a more positive – and true – picture. Finally, if gender inequality is one of the biggest barriers to ending extreme poverty, the women behind these trends are doing far more to transform the world than what is perceived to be within the remit of their subject.

Join us to hear more from these women of change.