Innovations for maternal & newborn health: Getting from ‘great ideas’ to ‘global lifesavers’

With funding from the Bill & Melinda Gates Foundation, Concern Worldwide has partnered with engineering students at The University of Nairobi to prototype medical devices used in delivery and newborn child care that could be manufactured in Kenya and use
News10 November 2017

Continuing our thought leadership series, Pam Bolton and Emma Clark argue that innovative ideas on their own are not enough to make advancements in maternal and newborn health. Global expertise and investment are required to turn ideas into action.

Have we made progress in maternal and newborn health (MNH) over the past 30 years? We certainly have: maternal mortality has dropped from 550,000 deaths due to pregnancy-related causes a year to 303,000, and newborn mortality from 4.4 million to 2.7 million newborns each year. But if you think that still sounds like a lot, you’re  right: it’s 830 women and 7,000 newborns dying every day — deaths that are nearly all preventable.

The global health community has been scrambling for ways to save more lives, faster, and help those who survive to also thrive. Often, that magic word ‘innovation’ is floated as the answer. But great ideas can only become global lifesavers if we, as an international community, throw our expertise and support behind the innovators.

From global neglect to global goals

MNH innovation is taking place in a landscape that has evolved dramatically over the past 30 years.  The Nairobi Safe Motherhood conference in 1987 put maternal health squarely on the agenda for the first time, issuing a call to action to cut maternal deaths by half by the year 2000. Although we didn’t achieve that target, the Safe Motherhood movement was instrumental in getting maternal health included in the Millennium Development Goals (MDGs), which aimed to decrease maternal mortality by 75% by 2015.

At first, progress was slow, but in 2010 the U.N. Secretary General launched the Every Woman Every Child movement and a new Global Strategy for Women and Children’s Health (an even more recent version is available here). Progress picked up. (Re-analysis of the data by WHO and others also helped). By 2015, the 1990 maternal mortality had nearly been halved — a major improvement but vastly short of the target. The successor of the MDGs — the Sustainable Development Goals — set a new goal of decreasing maternal mortality to fewer than 70 maternal deaths per 100,000 live births by 2030. This requires an annual rate of reduction of at least 7.5%, or more than double the annual rate of progress made from 2000 to 2015. What will we have to do to achieve this? Well, we need to innovate!

To paraphrase the American scientist and two-time Nobel laureate Dr. Linus Pauling, “To have a good innovation, you must have many innovations”. The Bill & Melinda Gates Foundation kick-started a big push for MNH innovation when, in 2008, it sought “bold and inventive ways” to deliver MNCH solutions to the poorest. The new attention and funding directed to MNH innovation created a groundswell of effort. It spurred Concern and others to try new approaches like crowdsourcing ideas in African communities and attracted new entrants to the field including universities and innovators from low and middle income countries. The latter now account for as much as 50% of grant applicants.

The Gates Foundation, Clinton Health Access Initiative and others also tried out new ways to remove — or mitigate — some of the economic risks that come with introducing innovations in low-income settings.  These novel approaches have incentivised more businesses to get involved, pursue cross-sectoral partnerships with NGOs and universities, and find novel ways to meet the health needs of moms and babies much farther down the economic pyramid. As a case in point, Philips Healthcare is investing heavily in maternal/newborn innovation in Africa and has partnered with Unicef and Concern Worldwide to support the Maker Hub for MNCH at the University of Nairobi Science & Technology Park. 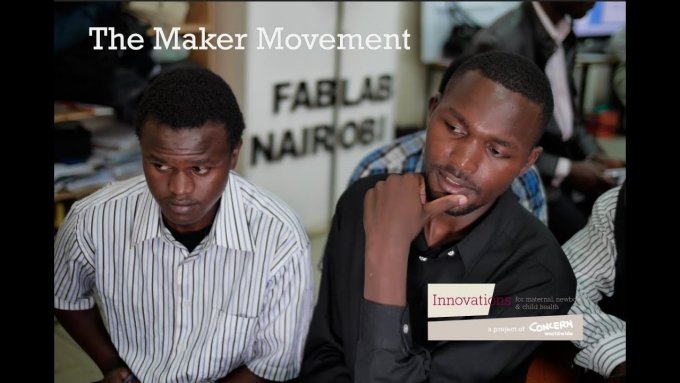 The Maker Movement: A Model for Innovative Partnerships

Governments, too, have designed new efforts to incentivise and reward innovations that demonstrate potential to save lives.  USAID for example participates in several flagship innovation initiatives.  Likewise, both the Global Innovation Fund, a USAID spin-off, and the Grand Challenges contest series, sponsored by several government donors, have funded exciting and novel products and programs.

Attracting investors to an innovation ‘marketplace’

To be a global lifesaver means getting to large scale — reaching millions — and that’s still the tough part. It needs big money. In talking about the progression to scale, Grand Challenges Canada Executive Director Dr. Peter Singer draws the analogy of innovators climbing a ladder with several missing rungs. They get stuck.

But there’s a growing effort to match promising innovations to prospective investors, in part by finding new ways — sometimes with state-of-the-art modelling techniques — to project (and compare) the future value of a new technology in lives saved. For example, the Augmented Infant Resuscitator (AIR), a device providing instant feedback to health workers helping newborns breathe, in July won a Saving Lives at Birth Transition-to-Scale grant based in part on its potential to save 1.8 million newborns a year. Grand Challenges and USAID’s Development Innovation Ventures (or DIV) similarly offer staged financing that ramps up exponentially as innovations progressively prove themselves.

The Every Woman Every Child Innovation Marketplace today plays a vital match-maker role, introducing innovators who demonstrate early success to governments, philanthropists, multinational corporations, even venture capitalists ready to invest. At the 2017 Innovation Marketplace held during September’s UN General Assembly in New York, for example, AIR was pitched alongside a promising new low-cost device called InPress to treat postpartum hemorrhage, the number one cause of maternal death. These ‘brokered’ introductions to funders add rungs to the ladder.

The unprecedented interest in innovation from both the public and private sectors combined with the desire to meet global targets means there is incredible momentum to improve MNH and save more lives. We must take advantage of the momentum to keep the trend accelerating and hit those ambitious 2030 goals.

Emma Clark is Director of Maternal, Newborn, and Child Health at Chemonics International.