Niv and Shanti and their children stand amongst the devastation caused by the Nepal earthquake.
News22 April 2016

One year after the Nepal earthquake, Concern aid worker Anne-Marie McCarthy remembers a disaster that killed thousands – and left many more homeless and terrified.

I flew to Nepal in June, six weeks after the earthquake and just before the country’s monsoon arrived. Concern had already given thousands of families emergency items like kitchen sets, water cans and blankets.

While the capital Kathmandu was not as badly affected as it could have been, things were much worse in other areas. What really struck me in these places was the number of damaged roads and buildings, and the number of landslides.

Food and shelter in short supply

When I arrived people were struggling to plant rice in time for the monsoon: would they have enough food to eat? Shelter was the main worry though. We distributed corrugated iron sheets that families could use to rebuild.

There were lots of challenges – material shortages, power cuts, and long delays bringing things into the country.

Local staff were earthquake victims too

I was the start of a second wave of international Concern staff supporting the programme in Nepal. People who had been there since the disaster were exhausted – they had given it everything.

We worked with two local organisations, who had been partners when we last ran projects in Nepal in 2010. Their Nepalese staff had been working flat out since the earthquake too, but they didn’t have the luxury of a fresh wave coming to replace them.

Of course, some of the partner staff had been badly affected themselves. One staff member was still living in a damaged house, as were most people in her town, as there was nowhere else for her to go.

This month, I’ll return to Nepal for the first time since I left last year.

Back then, a lot of families were afraid to send their children to school, in case there was another earthquake and the classrooms fell down. We’ve been working to build temporary replacements so children can learn again.

It would be great to see kids back in school, and having some kind of normal life.

See our award-winning film about the disaster 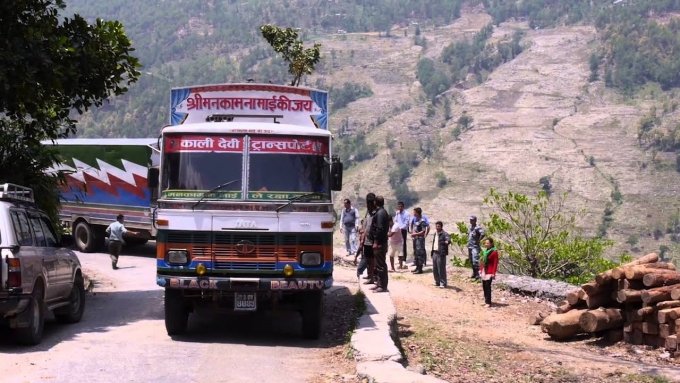