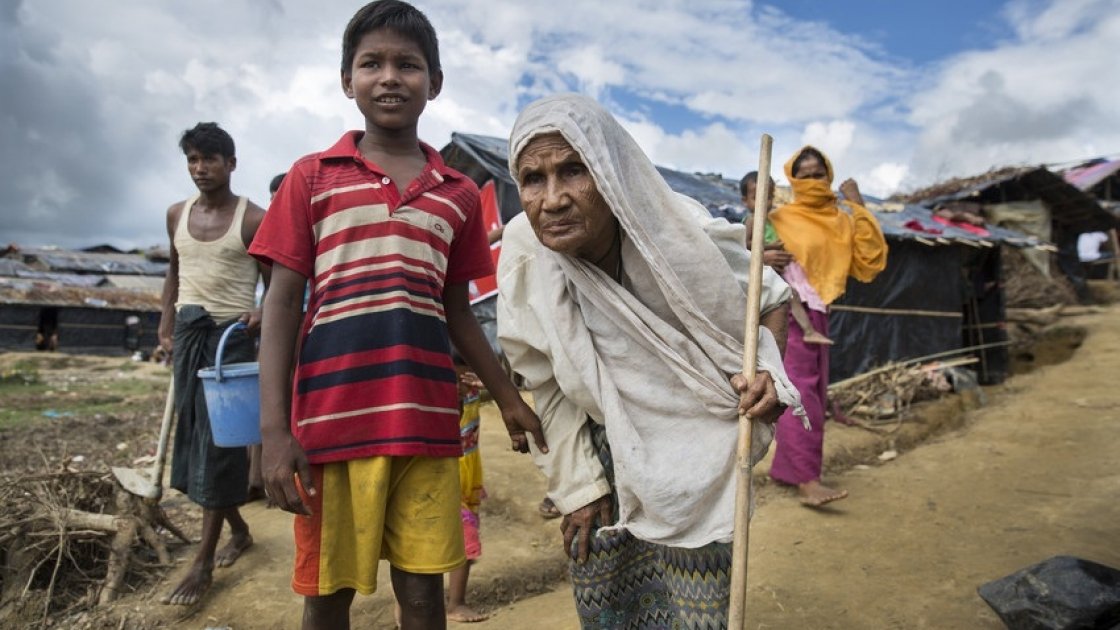 We are living in a time of unprecedented human displacement. More than 68 million people worldwide have been forced to flee their homes — the majority of them children. More recently, more than half a million Rohingya people have crossed into Bangladesh since the breakout of violence in August 2017.

Concern started working in Cox’s Bazar, Bangladesh, in September 2017 and initially focused on the immediate needs of the population. Since then, we have provided life-saving nutrition support for thousands of children, pregnant and breastfeeding women. But what makes the people we are helping in Bangladesh 'refugees', rather than migrants, or IDPs? What's the Difference? And what special rights and privileges do refugees have, and why? We break down some of these terms, and show how the legal differences between them can have life-changing consequences.

Definitions at a glance 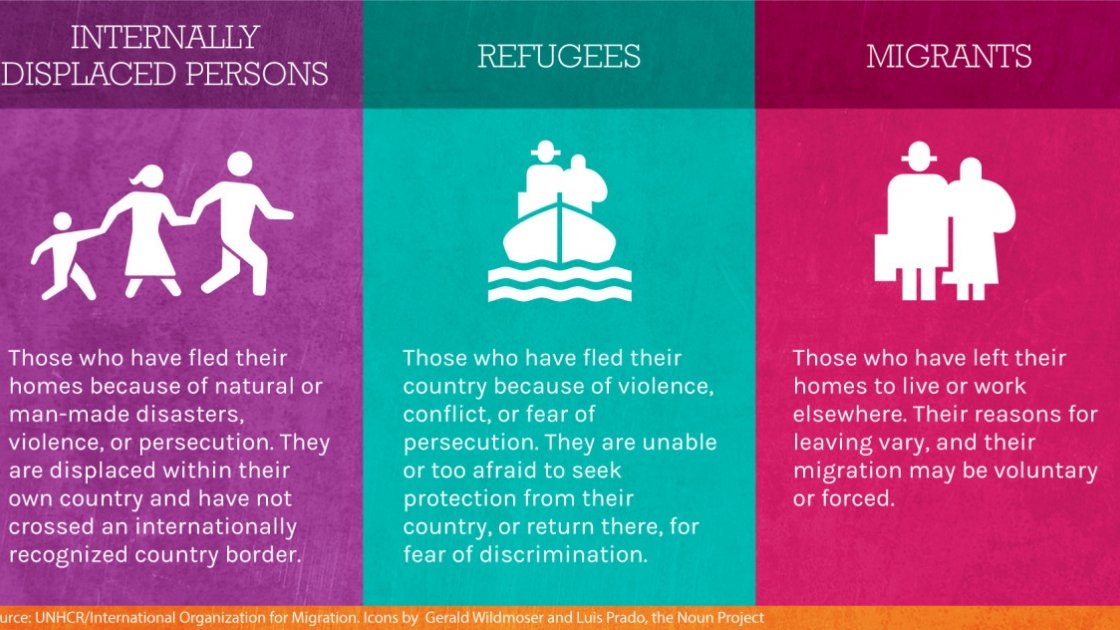 Definitions at a glance

Much of the media coverage of refugees over the last couple years has centred on the Syria conflict, but there are millions of refugees worldwide from many different countries. Whether or not someone is classified as a refugee — as opposed to just a migrant — is extremely important, because refugees get special rights and protections under international law.

Refugees have a right to be protected by the country in which they seek asylum.

The most important of these protections is something called “non-refoulement.” This means that refugees have a right to be protected by the country in which they seek asylum and can’t be forced to return home. In addition the 1951 Refugee Convention outlines many other rights, such as the right to education, employment, healthcare, freedom of movement, and liberty, among others.

Refugees don’t always settle in the country in which they first sought asylum. Often, they leave the first country because of economic hardships and have to head elsewhere. In common practice, the "first country of asylum" principle has developed to mean that refugees are expected to seek asylum in the country closest to their own that can offer them safety.

When a natural disaster or conflict breaks out, for most the first option is to seek refuge somewhere within their own country, with the hope of returning home as soon as it is safe to do so. Being a refugee is a last resort. Often these people have been displaced internally several times.

Although many internally displaced persons face the same difficulties as refugees, they are not granted the same rights under international law. 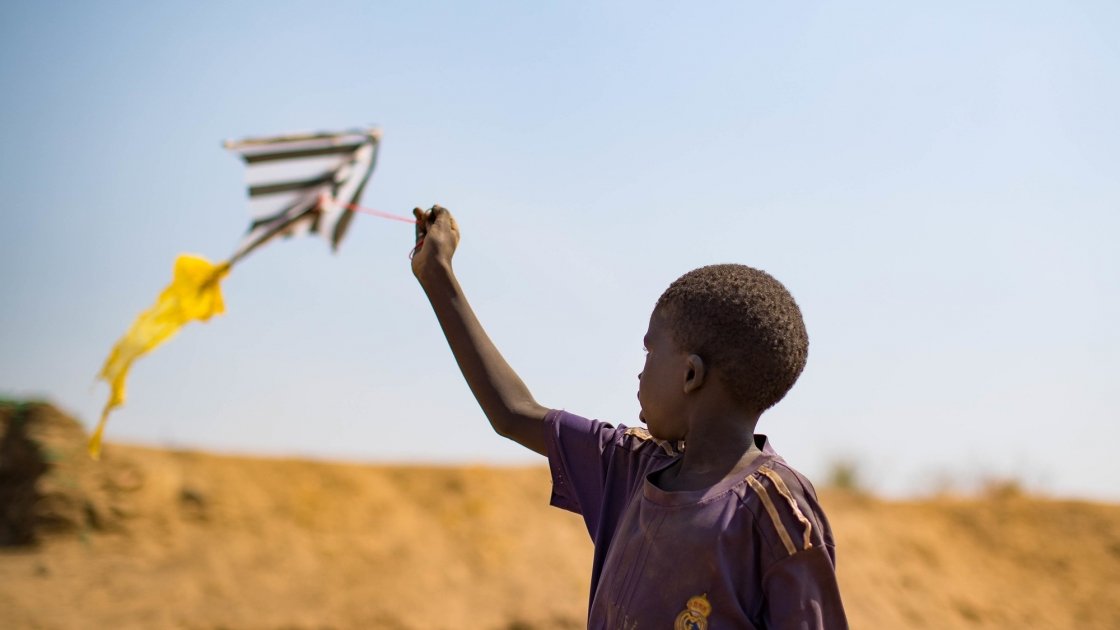 A child flies a home made kite on the streets of Juba's PoC, South Sudan.

The official term for people in this situation is Internally Displaced Persons, or IDPs. Some IDPs end up staying with family members or friends who are willing to house them until they can go home. Many IDPs don’t have the means or ability to leave the country even if they wanted to, making them some of the world’s most vulnerable populations.

Displaced persons still have rights, but some governments are unable or unwilling to provide that protection.

However, the phrase “internally displaced person” is a descriptive term and not a legal one. Although many IDPs face the same difficulties as refugees, they are not granted the same rights under international law. While the 1951 Convention and 1967 Protocol legally require signatories to provide assistance to refugees, the Guiding Principles on Internal Displacement are non-binding.

Displaced persons still have rights, e.g. the right to receive humanitarian assistance, be protected from physical violence, and enjoy freedom of movement. They also have the right to safely return home or to resettle elsewhere. But because of national sovereignty, it is the country in which a person is displaced that is primarily responsible for their assistance and protection, and some governments are unable or unwilling to provide that protection. IDPs that are suffering persecution at the hands of their own government are especially vulnerable.

According to The Office of the United Nations High Commissioner for Human Rights, there are currently 258 million people living outside their country of origin, all of whom are known collectively as “migrants.” This terms covers an extremely broad range of people and circumstances — from “expats” who relocate through their job, to families fleeing violence, to individuals seeking better economic opportunities abroad.

While legal migrants enjoy many rights and refugees have their own special protections, migrants who are traveling without valid passports or travel documents — including those who were forced to flee without those documents, or do not have them — are much more vulnerable.

Many refugees find themselves in situations like this — desperate to provide for their families, they move to another country where they may not be given refugee status but stand a better chance of employment. However, without the special protections afforded refugees, they’re forced to live and work “under the radar,” afraid to complain, and vulnerable to abuses of their rights. Migrants in this situation may be exploited by employers, their children may be denied education, and they may not be able to access health care. This predicament has been made worse by rising nationalism and prejudice against immigrants in some countries.

Every migrant is a human being with human rights. We must reject intolerance, discrimination and policies driven by xenophobic rhetoric and the scapegoating of migrants 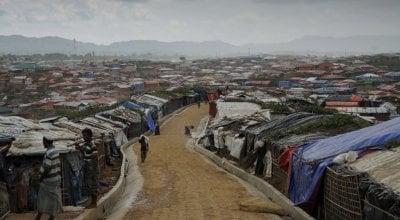 Inside the largest refugee camp in the world

Jemima Jewell visits Cox’s Bazaar - the world’s largest refugee camp where almost a million people are now living. Here, she vividly narrates her experience and the people she met. 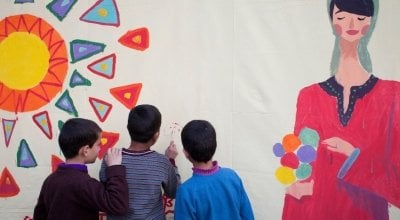 Refugees: The Faces Behind the Statistics

The number of refugees worldwide has now hit a record high. It's important to remember that there are real people behind the numbers - here are some of their stories. 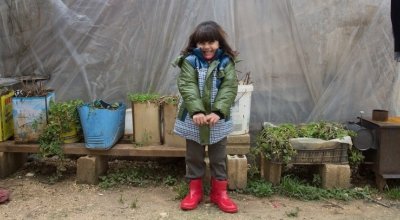