In May we launched our #HandsUpForHumanity campaign, showing how the British people are sick of seeing hospitals and schools bombed and food convoys to starving people blocked.  We asked David Cameron to go to the World Humanitarian Summit in Turkey to push world leaders to take urgent action to protect civilians affected by conflict and crisis.

Around 50 world leaders, including Angela Merkel, did turn up. But David Cameron and the other leaders of permanent members of the UN Security Council – the body charged with collective peace and security – didn’t bother to attend.

The summit involved 8,000 representatives from 173 countries, ranging from prime ministers to businesses and charities like Concern.  Over 1,000 commitments were made on issues like aid financing, education in emergencies and enhancing the role of local and regional organisations in the aid system.

However, what we really wanted to see was high level political leadership to prevent and resolve the conflicts that kill hundreds of thousands of people every year, and drive tens of millions from their homes.  This needs action beyond the efforts of the UN and organisations like ours – but the powerful states that can make the biggest difference have failed to do so.

Syrian voices must be heard

Syrian groups at the summit were also disappointed that the country did not feature strongly in the discussions. The conflict is the largest humanitarian crisis of our time, and Turkey – where the summit was held – is hosting 2.5 million Syrian refugees.

How will we really know if the World Humanitarian Summit was a success? If the promises made there are kept, and if the 100 million people affected by conflict and disasters each year see any benefit.

What is clear is that we must continue to press our leaders to act. Crises like the one in Syria affect us all, and we must work together to find solutions. We need to make sure our leaders do not shirk their responsibilities to mankind. We need them to join Concern’s supporters and put their #HandsUpForHumanity.

Learn more about campaigning with us 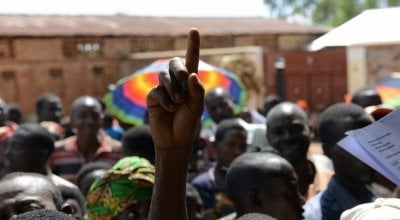 We are dedicated to shining a light on issues that affect the world's poorest people. Using our experience on the ground, we push for changes that will improve the lives of the people we work with. 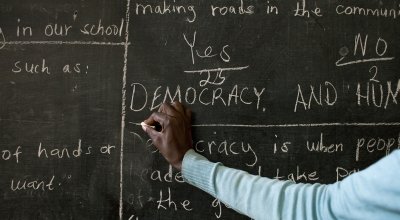 A combination of conflict, poverty and devastating climate disasters means that the world’s poorest people often struggle to feed themselves and their families. 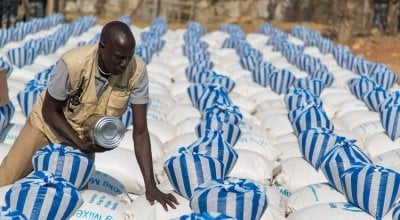 There are hundreds of disasters around the world every year: floods, droughts, cyclones and conflict, but it is the poorest and most vulnerable who suffer most.