Amir's story of survival: ‘I never imagined I could stand back up’ 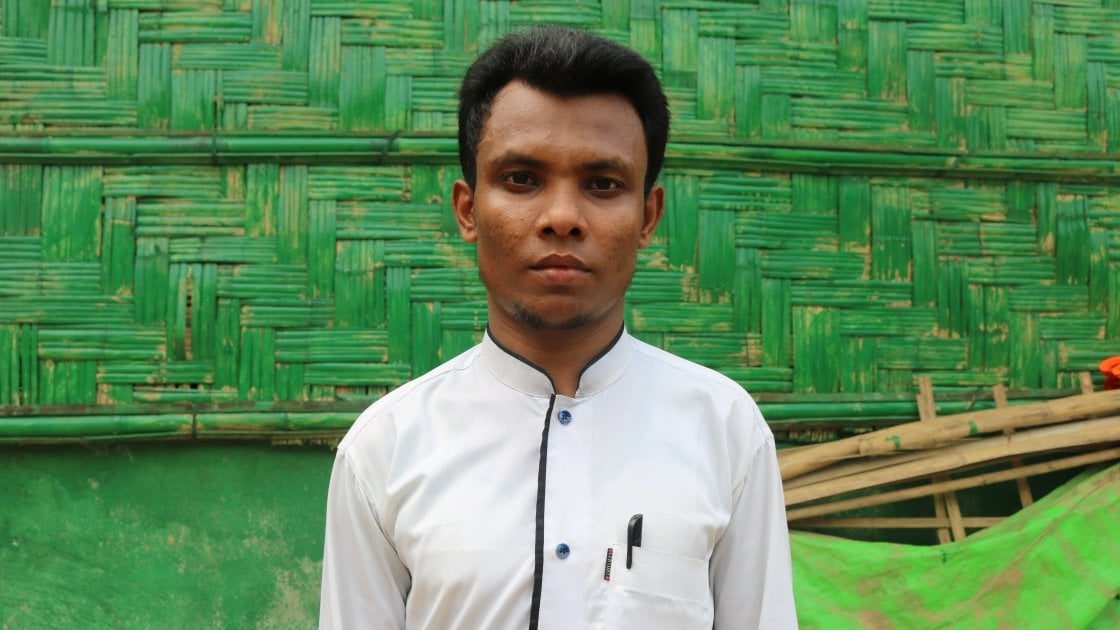 Amir* has been a refugee in Bangladesh since 2017. Now we works as a volunteer for Concern, screening young children for malnutrition. Photo: Sabrina Idris / Concern Worldwide.
News21 June 2019

With the number of forcibly displaced people rising to over 70 million around the world for the first time ever, the need for both compassion and action has never been stronger. This is one refugee’s story of turning his own personal suffering into empathy and caring for others.

Over 900,000 of the world’s 70.8 million forcibly displaced people are Rohingya refugees who have sought refuge in Bangladesh from persecution in Myanmar. The height of that crisis was reached in August 2017, when hundreds of thousands of people journeyed across the border as attacks in their home country intensified.

Here we share the story of one man, Amir*, who has had an extraordinary journey from tragedy and loss to helping fellow refugees in Bangladesh. 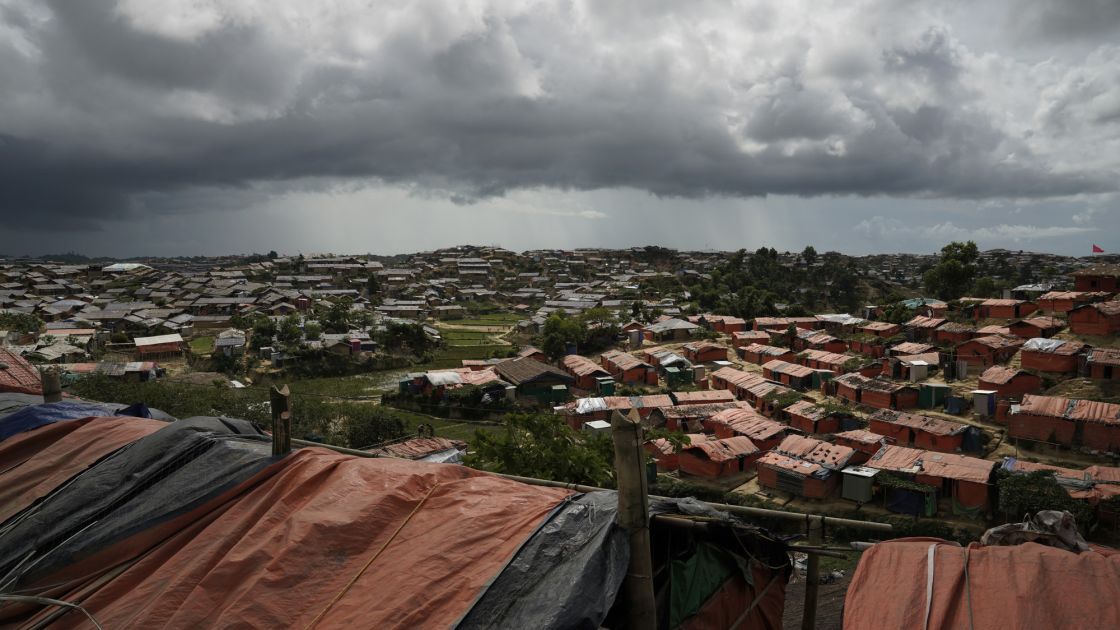 Amir used to live near the Bangladesh border in Rakhine State in Myanmar. Shortly before the escalation of the crisis, his wife gave birth to their first child, a little baby boy. However, the joy they shared at their new arrival was to be short-lived.

Soon after, their village was attacked and they were forced to flee.

Amir’s mother, wife and his little baby boy managed to make it to a boat that was sailing up the river towards Bangladesh. Amir and his father became separated from the rest of their family after being taken captive. His father managed to escape, fleeing with Amir’s sister. For Amir, it was much harder.

Amir and a group of his fellow captives eventually found a way to escape from where they were being detained. Heroically, they risked their lives to rescue others before they fled.

We knew that they were not going to spare a single female, no matter what age she was. So we tried to get the females out first. No matter if it cost our lives.

Amir’s escape from captivity was followed by devastating news. He learned that the boat carrying his mother, wife and little boy had sunk on the way to Bangladesh. In agonising pain from his stab wounds and close to unconsciousness, Amir stayed behind to search for them. He searched for two days but never found them.

Despite the scale of the tragedy that was unfolding before him, Amir had to keep going and had to stay alert. Armed groups were still attacking people so Amir was forced to move from place to place, just to stay alive. 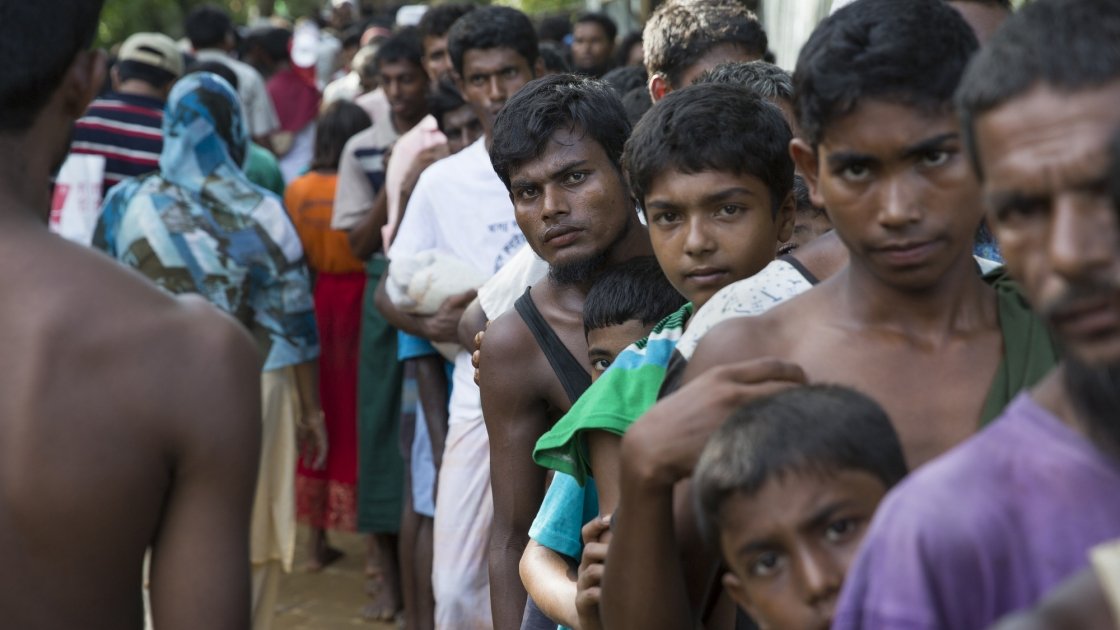 When Amir arrived in a refugee camp in Bangladesh, he managed to find his in-laws. They helped him to find the rest of his family, including his father and his sister. Amir arrived there in October 2017 and was admitted to a hospital to be treated for his wounds.

Amir’s whole life was turned upside down on the day his village was attacked. He lost his home, his livelihood and the three most precious people in the world to him. However, he stayed strong and his resilience shone through as he slowly started to build a new life for himself in Balukhali camp in Cox’s Bazar.

Amir has since re-married and he and his wife now have an eight-month-old baby boy. Together, they live alongside Amir’s grandmother, father and younger sister and he finds joy in spending time with his family. From all the trauma he has suffered, he has also found a way to help others who are suffering. 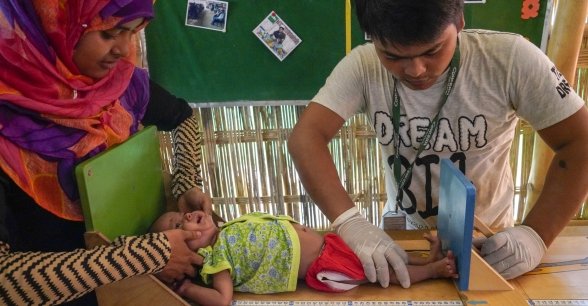 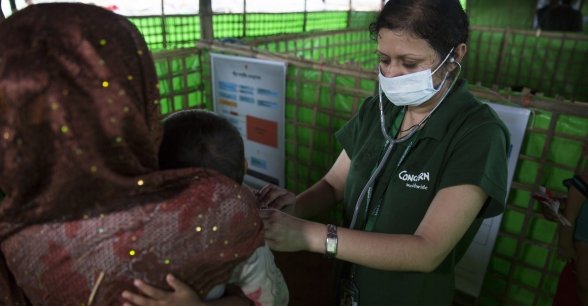 Amir now works as a volunteer in one of Concern’s nutrition centres. The centres provide recovery support for young children who are severely malnourished. His job is to go from door to door around the camp, screening children for signs of malnutrition. He refers those who show symptoms to the nutrition centres and also advises parents on how to follow the instructions of the health workers.

I never imagined I could stand back up. I was traumatised from the death of my family. I feel much better now. I like working with the children. I lost my own child and then gained another, but I also watch over so many in the camp.

Amir has lost so much but he is grateful for all that he has now.

We are being treated as human. We have a place to stay, food to eat and people who listen to us. And we sleep without fear now

Help people affected by conflict or poverty around the world