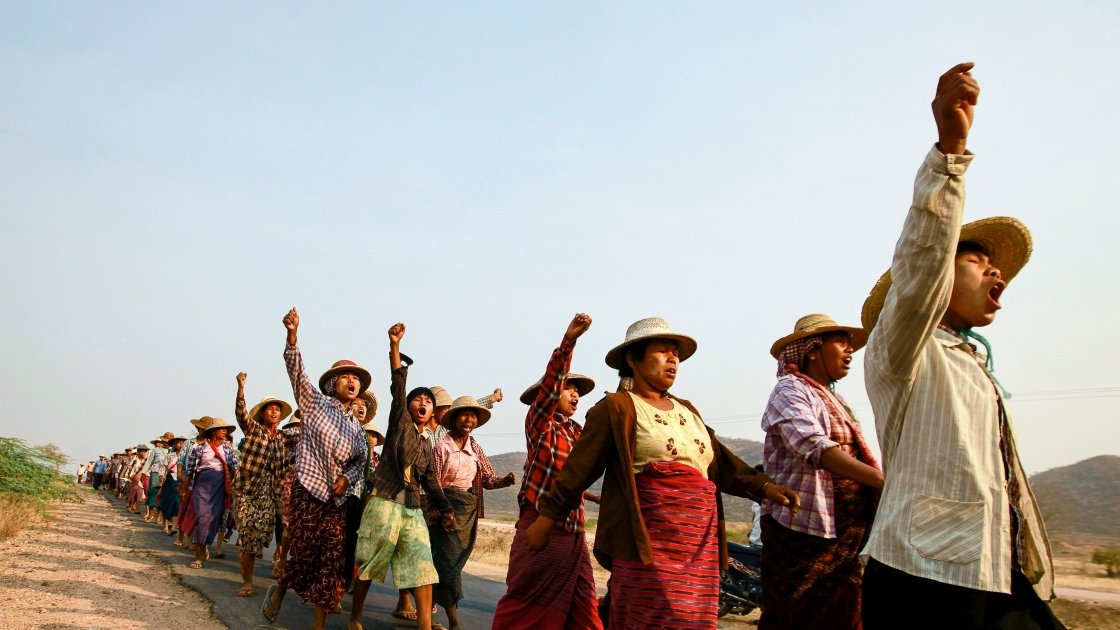 Once a year, in association with the International Food Policy Research Institute (IFPRI) and Welthungerhilfe, we jointly publish the Global Hunger Index. This year’s report tracks the state of hunger world­wide, highlighting those places where action to address hunger is most urgently needed

Although it has been said that ‘hunger does not discriminate’, this is not true. It does. Hunger attacks the already vulnerable and disadvantaged, such as women and ethnic minorities. It is groups with the least economic, social or political power that suffer the most. As a result, the focus of this year’s Global Hunger Index is the ‘Inequalities of Hunger’ and here is what you need to know.

Progress has been made, but we’ve still got a long way to go

Despite a decline in hunger over the long term, the global level remains high. On February 20 2017, the world awoke to a headline that should have never transpired: famine had been declared in parts of South Sudan, the first to be announced anywhere in the world in six years. People in East Africa were dying of hunger.

The world is committed to Zero Hunger by 2030, yet 20 million people are still at risk of famine. Why? The answer is complicated, but a number of factors - including profound inequalities - undermine efforts to end hunger and malnutrition.

Inequality takes many forms, and understanding how it leads to, or worsens, hunger is not always straightforward. However, we can say that the uneven distributions of hunger (60% of the world’s hungry are women) are rooted in inequalities of social, political, and economic power. Therefore, the first step in tackling the inequalities of hun­ger is to understand how they are embedded in the inequalities of power at work in the food system.

Power is defined as:

...the degree of control over material, human, intellectual and financial resources exercised … in the social, economic and political relations between individuals and groups.

In food systems, power is used in various ways, ranging from who has the money to decide what to get for dinner tonight, all the way up to whose voice gets heard in debates about international regulations and policy making. Power exists in a range of forms and on a number of levels. Gender inequality is widely accepted as being linked with power and an inbalance of how much food there is. Gender influences which children go hungry, as families forced to ration meals often favour boys, who are seen as future bread­winners, over girls. Moreover, power in the global food system is now so concentrated in the hands of corporations that they principally control how and which food who gets when. ‘Farm to fork’ is manipulated by a dominant few.

Explore the data behind this year's GHI report

We can see that hunger and malnutrition often reflects wider inequalities of power in society. It is therefore surprising that often power isn’t the main focus of global food policy and debates. And, when it is, it is mostly drawing attention to the power of men over women in poor households as opposed to the power of big firms.

One size will not fit all

Because of these many variations with regards to the type of power inequalities that result in hunger in a country or community, a ‘one-size-fits-all’ approach to tackling hunger is unlikely to work.

As Naomi Hossain puts it:

Achieving the Sustainable Development Goals’ aim of “leaving no one behind” demands approaches to hunger and malnutrition that are both more sensitive to their uneven distribution and more attuned to the power inequalities that amplify the effects of poverty and marginalization in all forms of malnutrition.

This is the approach we take at Concern. We work very closely with communities: we get to know them and adapt our approaches and resources to fit their various needs, in the hope of leaving no one behind.

To find out more about the politics and inequalities of hunger, read the full report