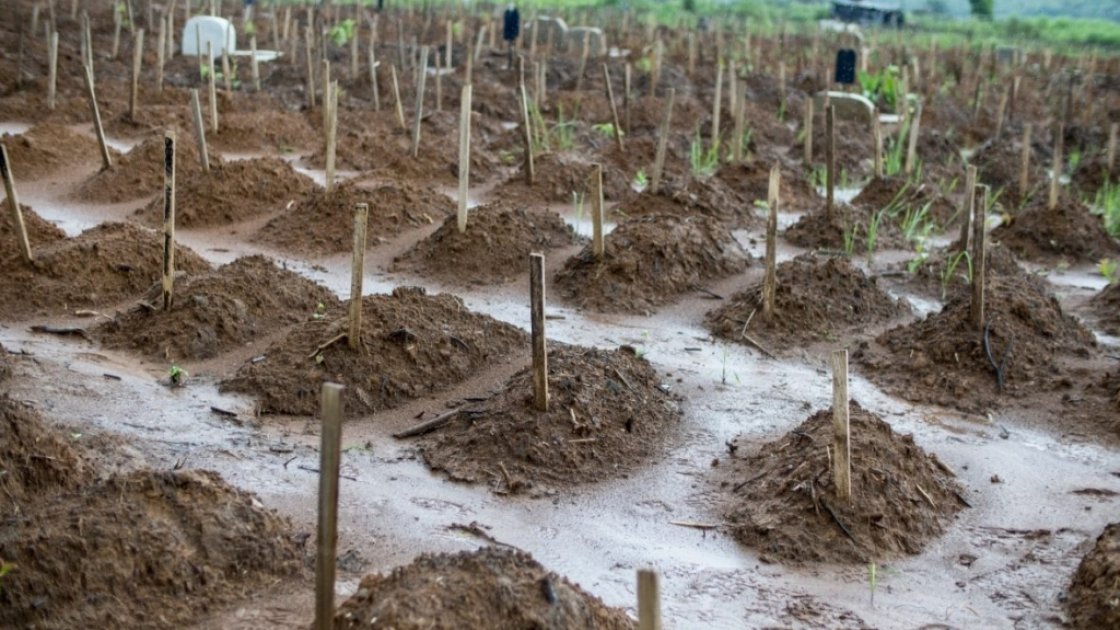 As thousands recover from the mudslides that swept through Freetown, Sierra Leone, a few unsung heroes of the Ebola crisis have sprung back into action to help the country they love.

When Ebola broke out in Sierra Leone, it spread quickly through the country’s capital, Freetown, killing thousands. Cemeteries and morgues were overwhelmed. The government needed assistance, and Concern was asked to step in and help manage burial teams. When Kingtom cemetery in the west end of Freetown became full, Concern built a new one in Waterloo, located about 20 miles east of Freetown.

Over ten thousand people were buried in Waterloo during the Ebola outbreak. Now it also serves as the final resting place for victims of the mudslides that hit Freetown on August 14, when part of Sugarloaf Mountain collapsed and killed hundreds of people living on the slopes below.

Heavy rains have continued since the mudslides, and now they’re impacting Waterloo cemetery. Freshly dug graves have collapsed and are filling with mud and water. Concern handed over control of the cemetery to local government about a year ago, but after the mudslides we stepped in to assist, building drainage canals around the new graves. In addition, we will be providing headstones for the graves of the mudslide victims — something we also did for thousands that perished during the Ebola outbreak.

To help us with this work, we’ve brought back some of the people who know Waterloo cemetery best: members of the Concern burial teams that served during Ebola. But their return comes with mixed emotions. 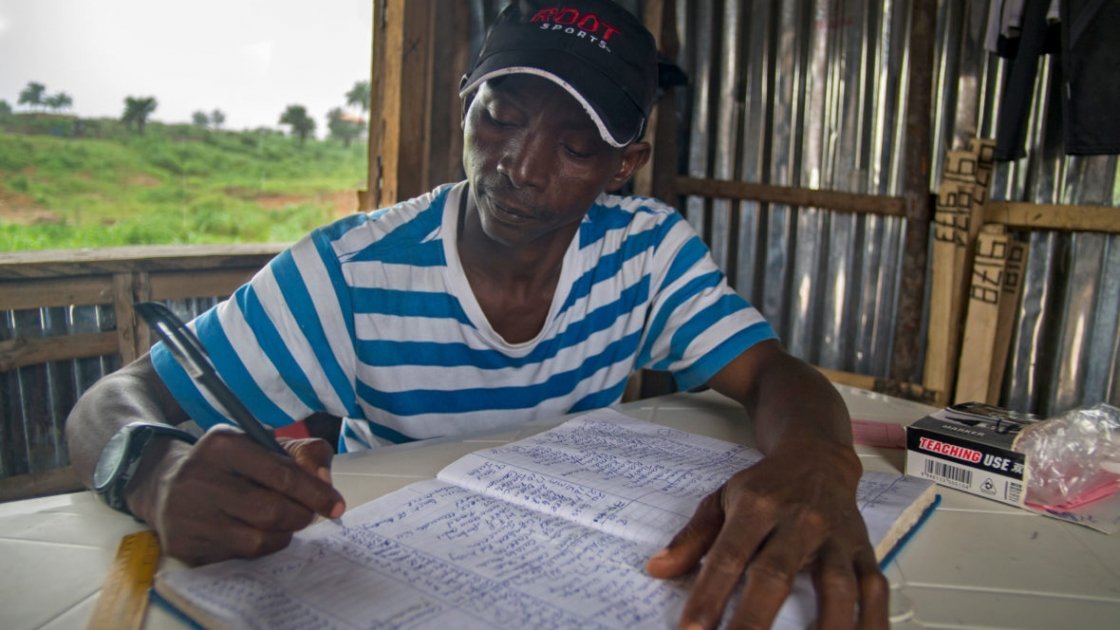 Amadu Turay was the manager of Waterloo cemetery during the Ebola outbreak of 2014-15. At the time, the cemetery one of two burial grounds in Freetown for Ebola victims. Photo: Kieran McConville

It is a city for the dead. I am sad to come here because of this tragedy. I’m not happy at all.

Former manager Brima Kamara echoes this sentiment. “I’m glad to be here and bring Concern’s standards to the work,” he said. “The tragedy was a shock for us. But when they had to bury the people of the disaster, they saw that this cemetery was the best place — because of the work we did last time.”

Volunteer Abu Bangura says he’s “happy to work” at the cemetery again, as it was the former caretakers of the cemetery doing the work.

It will help the families to see the graves of their loved ones that are well taken care of. 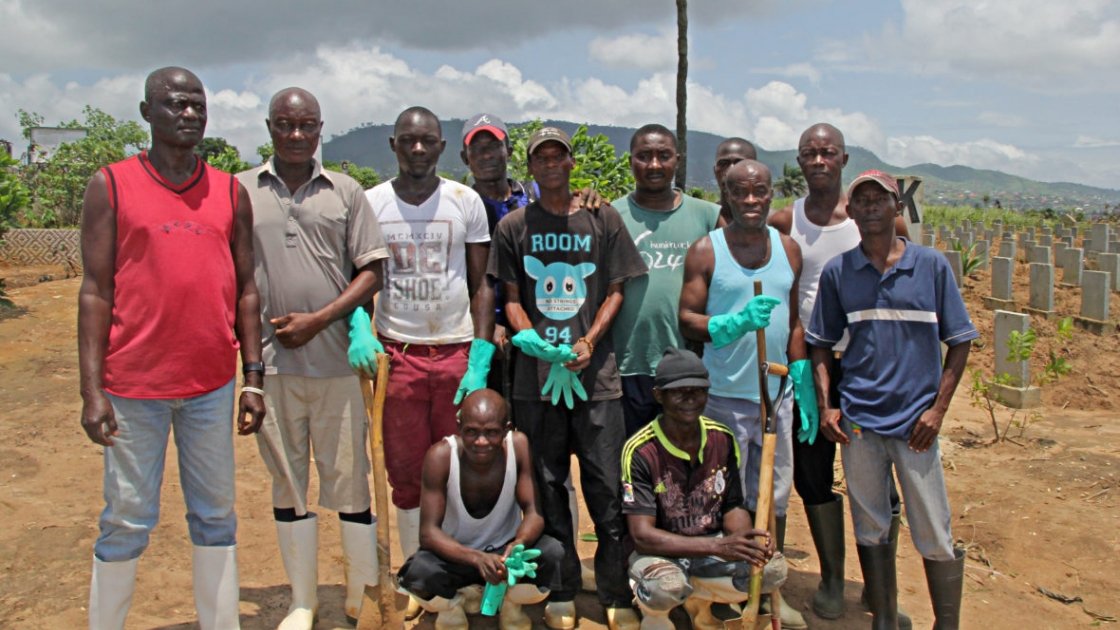 Ebola burial teams return to Waterloo cemetery to help with the graves of the hundreds of people lost in the recent mudslides. Photo: Kristin Myers

The burial workers aren’t the only ones who have bittersweet feelings about the work in Waterloo. During the Ebola outbreak, Dan Otieno managed the volunteer team at the cemetery, a position that he now holds again. Otieno is Concern’s program manager for Resilient Zero, a program run in partnership with Sierra Leone’s District Health Management Teams, to help prevent the return of Ebola.

It’s unfortunate that another tragedy of this magnitude has befallen the country — especially in Freetown. Just as the memories of Ebola are starting to fade, here we are again. But it will help the families to see the graves of their loved ones that are well taken care of. 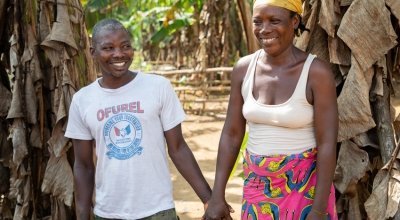 Love empowers: stories from around the world

We hear about ‘the power of love’ all the time. In our work with the world’s poorest people, we are lucky enough to see the empowering nature of love in some of the most challenging circumstances. 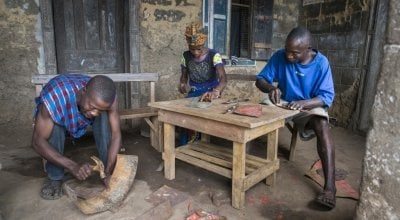 An eco stove: the gift that keeps on giving in Sierra Leone

It really doesn’t look like much – two men and a woman on a crumbling concrete porch hammering and bending bits of old metal into seemingly random shapes. But this is what transformation looks like. 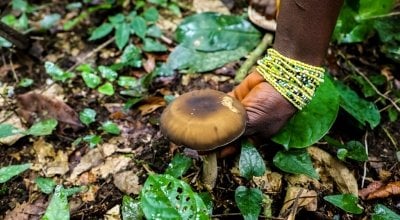