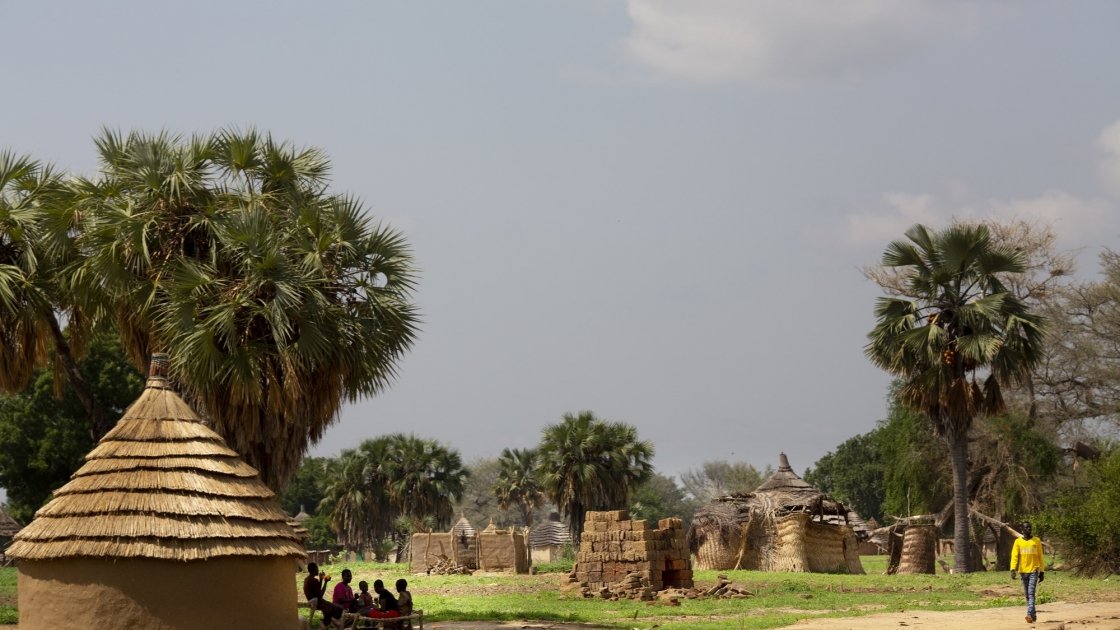 South Sudan is the world’s newest country, gaining independence in 2011. But, in just nine years, it’s already suffered a lifetime’s worth of crises, leaving it one of the world’s hungriest and most vulnerable countries – with 61% of the population lacking sufficient access to food.

Conflict has plagued South Sudan since it gained independence in 2011. Over two million South Sudanese people have fled into neighbouring countries such as the Central African Republic and the Democratic Republic of Congo, often with nothing more than the clothes on their backs. An additional 1.74 million people remain displaced inside the country.

When the fighting started, civilians looked for protection and refuge at existing United Nations bases. These have since become Protection of Civilian camps, or POCs. While these camps offer safety from the fighting, they are perilous in other ways. Camps initially built to house people for no more than 72 hours have become people’s homes for over seven years. Conditions are dire; sanitation is appalling, food is scarce, opportunities to earn a living are non-existent, disease is rife, and hunger is constant.

Some families are choosing to return home once it has become safe. But they often come back to nothing – livestock have died or have been stolen, their once carefully tended fields have been laid to ruin, and any crops that had previously been planted have long since died. Having already lost everything, they have no resources left to start again. 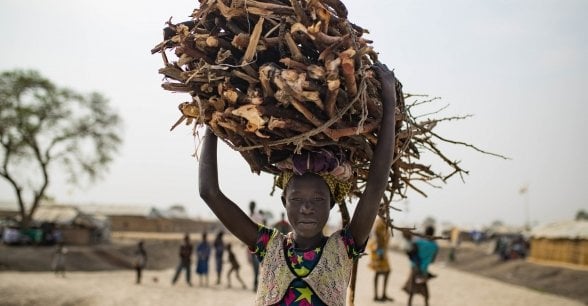 Nyahou, a young IDP living in Bentiu's PoC comes back from gathering firewood outside of the protection of the site. Photo: Steve de Neef 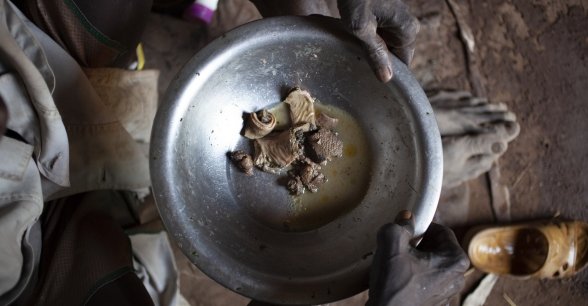 Brothers Nasil* and Gatlit* live in one small room with their children. Photo: Abbie Taylor-Smith 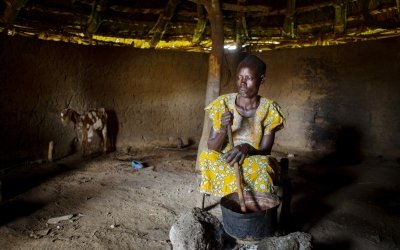 Leylo* at her home, who is a member of a nutrition programme in Aweil. Photo: Abbie Trayler-Smith 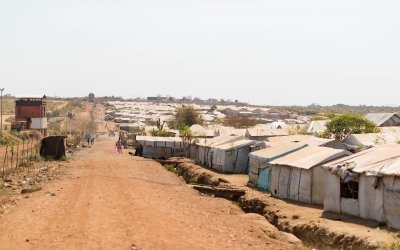 The edge of the PoC in Juba, South Sudan. Photo: Steve De Neef 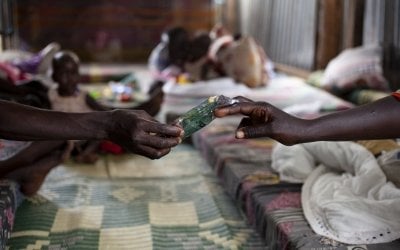 Khadra* and her baby Akon* relax in the mother and baby room in a POC. Photo: Abbie Trayler-Smith

In addition to fighting, South Sudan has also suffered from severe climate shocks, increasing the threat of hunger considerably. In early 2019, parts of the country were hit by drought, followed by widespread flooding in July. The flooding affected close to one million people -destroying houses, crops and livelihoods.

This means that even when a family is able to plant their fields, floods come and wash away their crops, leaving them no harvest for the following year. For families living so precariously, one poor harvest can be disastrous – in South Sudan, they face watching their livelihoods and the only way of feeding their children repeatedly washed away.

Those who managed to survive the conflict found they had a new enemy to fight: the deadly climate. Yet the life-threatening challenges didn’t stop there.

Now, just months later, swarms of desert locusts, which have been destroying crops across East Africa, have crossed the border into South Sudan. For a country already reeling from widespread hunger thanks to conflict and climate shocks, this is a disaster.

The potential for destruction from the locust swarms is enormous. Desert locusts can travel up to 95 miles in a day and eat their own body weight in greenery. A swarm just one-kilometre square can eat as much food as 35,000 people in a day, according to the United Nations. The invasion is worsening food shortages, in an already extremely fragile situation - and the main March-to-May cropping season is now at risk. 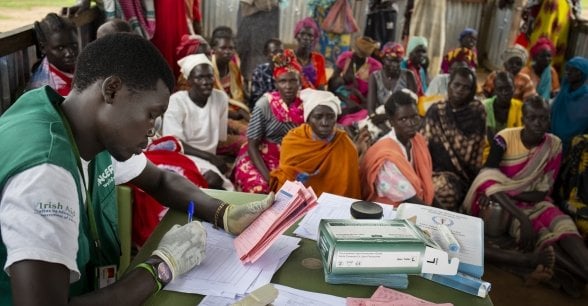 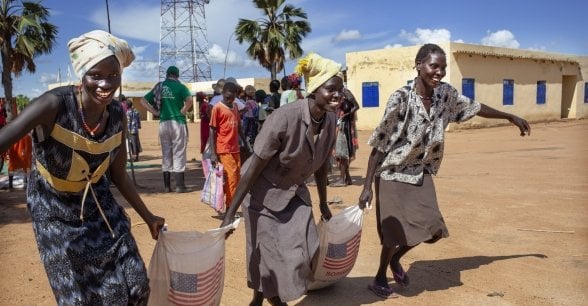 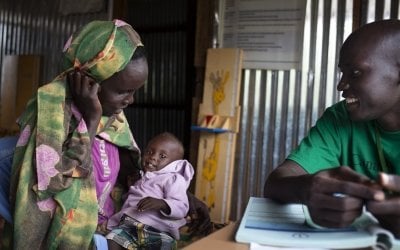 William checks over baby Makur* at a nutrition clinic in a PoC in Juba. Photo: Abbie Trayler-Smith 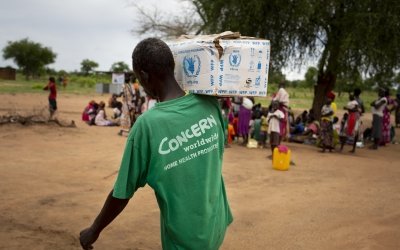 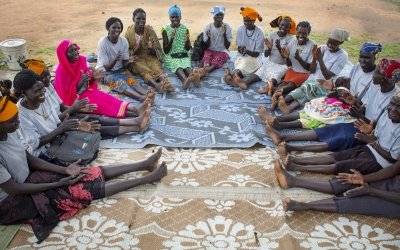 What’s next for South Sudan?

Concern will continue to respond in South Sudan, to prevent and treat acute malnutrition among the most vulnerable groups such as under-five children, and pregnant and lactating mothers, and provide cash for work, seed distributions and planting services. Will you help? 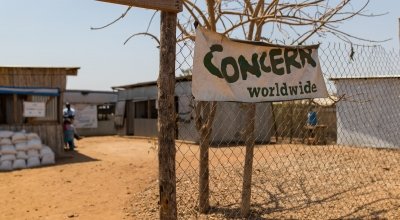 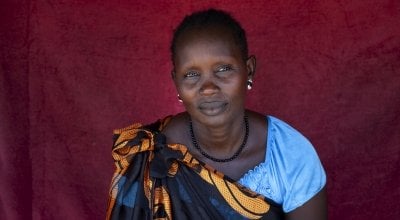 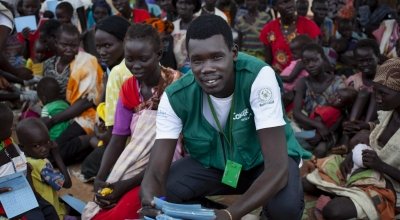 The full circle: when saving one life saves countless more

At seven years old, Simon Piol was malnourished and relied on food distributions from Concern to survive. Now, twenty years later and in the same area of South Sudan, he is saving the lives of children that are malnourished, just like he once was.