The news agenda has been dominated recently with one topic, and one topic only: coronavirus (Covid-19). While a global pandemic is certainly newsworthy, the focus on Covid-19, unfortunately, means that it is now easier than ever to miss what else is happening in the world that deserves our attention.

Here are three worldwide emergencies happening right now, that are not Covid-19 related.

With water levels rising due to heavy rains in several locations across the region, rivers have burst their banks and lakes have overflowed. So far, over 1.3 million people have been affected, and at least 481,000 have been forced to leave their homes.

In terms of death rate, Kenya has been the hardest hit with the government recording 194 deaths. The water has also washed away 8,000 acres of crops and some vital infrastructure. In Rwanda, people died as a result of landslides in the north-west of the country, and houses, roads and crops were all destroyed and hundreds remain homeless.

The rainy season in this region typically lasts until June, however the effects of this flooding will continue to affect people’s lives for a long time. 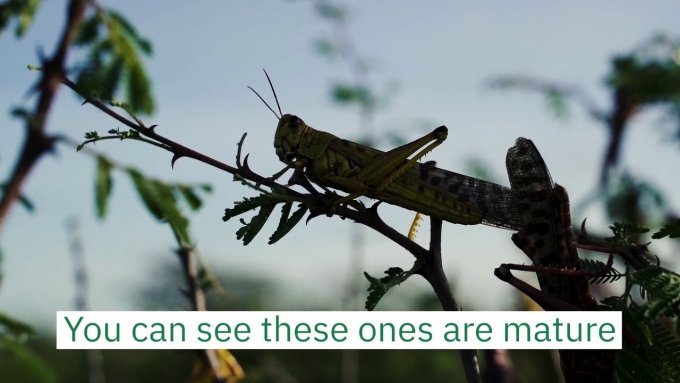 As you might have read on our website last month, not one, but two swarms of locusts hit East Africa earlier this year. The insects swept through the region, devouring tens of thousands of hectares of crops. Locusts are alarming creatures:

The consequences of such large swarms have already proved to be disastrous. 13 million people in the region were already without reliable access to food before the swarms, and many rely on farming and livestock rearing to survive. Now their crops are being eaten while their livestock are at risk of collapsing from starvation. As the situation continues to worsen, there are fears of a major humanitarian crisis, with loss of livelihoods, food shortages and resulting hunger becoming a distinct possibility. This is a stark reminder of the region’s vulnerability.

Currently categorised as an “upsurge”, the United Nations’ Food and Agriculture Organisation (FAO) may declare the locust invasion a “plague” if it takes a turn for the worse by end of this year. While there are measures people can take to protect themselves, such as digging trenches around their farms to prevent the hoppers from entering, or making noise to scatter the insects, a lot of damage has already been done. And there is no sign that they are slowing down.

FAO have announced that new swarms will form from mid-June onwards, coinciding with the start of the harvest. Thereafter, there is a risk that swarms will migrate to the summer breeding areas along both sides of the Indo-Pakistan border as well as to Sudan and perhaps West Africa.

We are monitoring the situation closely and are responding where we can by providing cash payments to families to buy fodder for livestock, food, seeds, agricultural tools and other basic items.

3. Ebola crisis in the Democratic Republic of Congo

For almost two years, DRC has been grappling with the world’s second largest Ebola epidemic on record, with more than 2200 lives lost and over 3400 confirmed infections since the outbreak was declared in August 2018.

For a brief moment in April this year, it seemed like the deadly Ebola virus had been defeated. However, just three days before the World Health Organisation was to announce the end of the outbreak in the North East of the country, a cluster of new cases were identified in the North West. The highly contagious haemorrhagic fever, named after the Ebola river, is believed to have originated in bats. It is spread via bodily fluids and has a fatality rate of more than 60 per cent.

Another surge of Ebola cases is a major blow for the DRC, which is also battling to contain Covid-19 and the world’s largest measles outbreak.

This is a reminder that Covid-19 is not the only health threat people face.

We are responding in the north of DRC, and have integrated Covid-19 messaging into our response programme.

We are on the ground responding to all three emergencies. If you’d like to support our work, please give what you can today.