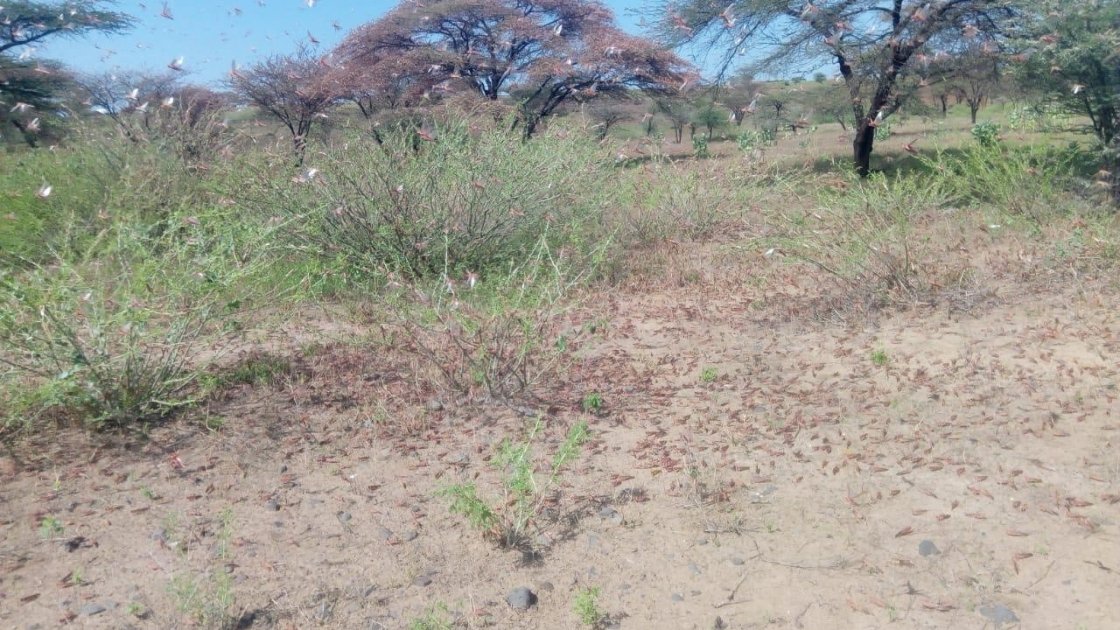 Concern Worldwide is responding to a new wave of vast locust swarms in East Africa that could hit food supplies for 43 million people this summer.

The flying swarms contain hundreds of millions of insects, and are devouring crops that were about to be harvested, forcing families to seek emergency food aid.

There are already an estimated 20 million people suffering from severe food insecurity across the Horn of Africa peninsula alone on the east coast, which the UN’s World Food Programme warn could rise to 43 million by the end of August.

Donations from the EU (through its humanitarian aid department ECHO) are being used by Concern to help control the spread of the flying pests and to provide essential aid to those left with little to eat.

Concern is responding to swarms in Kenya, Ethiopia, Somalia and also in Pakistan where locusts have been wreaking havoc.

“The desert locust situation has worsened in recent weeks,” said Concern’s Livelihoods Coordinator in Kenya, Hassan Olow, where swarms this big haven’t been seen in over 70 years.

“People are scared. Families who need their food crops to survive are witnessing everything they worked for being destroyed.

“They see the skies darken with so many locusts flying towards them and can do nothing except wait until they move on.

“Despite the best efforts to spray affected areas, it is a race against time to stop the swarms from spreading further.

“Unfortunately, this is also happening during the coronavirus pandemic, which has compounded the crisis and food price increases are also a serious problem.”

In Kenya, Concern teams are transporting chemical sprayers and trackers to remote and extremely poor areas where spraying is needed to combat the spread of locusts.

They are also locating areas that need to be sprayed and sending the GPS coordinates to pilots and sprayers on the ground – which is very challenging due to the vastness of the countryside.

The international aid organisation is continuing to provide essential aid to families affected by the swarms while also preventing the spread of Covid-19 and continuing its work to reduce levels of hunger and other diseases in the country.

Lockdowns have slowed efforts to eradicate the locusts, especially with imports of pesticides needed for aerial and ground spraying, which it is estimated have already protected 400,000 hectares of land across the Horn of Africa peninsula in east Africa.

Hassan explained that in the Horn of Africa, which includes Kenya, Ethiopia and Somalia, this time of year should be the start of their dry season when crops grown in the rainy season can be harvested while livestock migrate to dry season grazing areas.

However, they have been experiencing off-season rains in June, which have resulted in more growth and favourable breeding conditions for the locusts, resulting in much larger and more destructive swarms with the second generation maturing to adulthood and taking flight right now.

“Most crops destroyed have been cereals, especially maize, and beans, which has a dramatic negative impact on people’s lives,” said Hassan.

“If not controlled in time, this cycle of locust swarms will continue for a long time, which is extremely worrying for everyone.”

He said they fear acute malnutrition rates could increase in children under the age of five, which already effects up to 45 per cent of children in some areas due to existing levels of extreme poverty.

The desert locust is considered the most destructive migratory pest in the world. A small swarm covering one square kilometre can eat the same amount of food in one day as 35,000 people.

Concern, which works in 23 of the world’s poorest countries, has been providing vital development assistance in Kenya for 18 years. 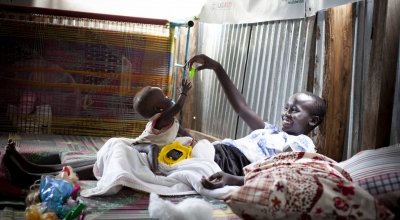 What Concern Worldwide achieved in 2019

In 2019, Concern Worldwide made a positive impact on the lives of 28.6 million people in 24 of the world’s poorest countries. 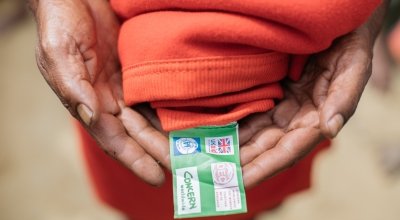 Explained: the Department for International Development and Foreign Office merger

On June 16, the UK government announced its plan to merge the Department for International Development (DFID) into the Foreign and Commonwealth Office (FCO) in September to create a new Foreign, Commonwealth and Development Office.