Explained: the Department for International Development and Foreign Office merger 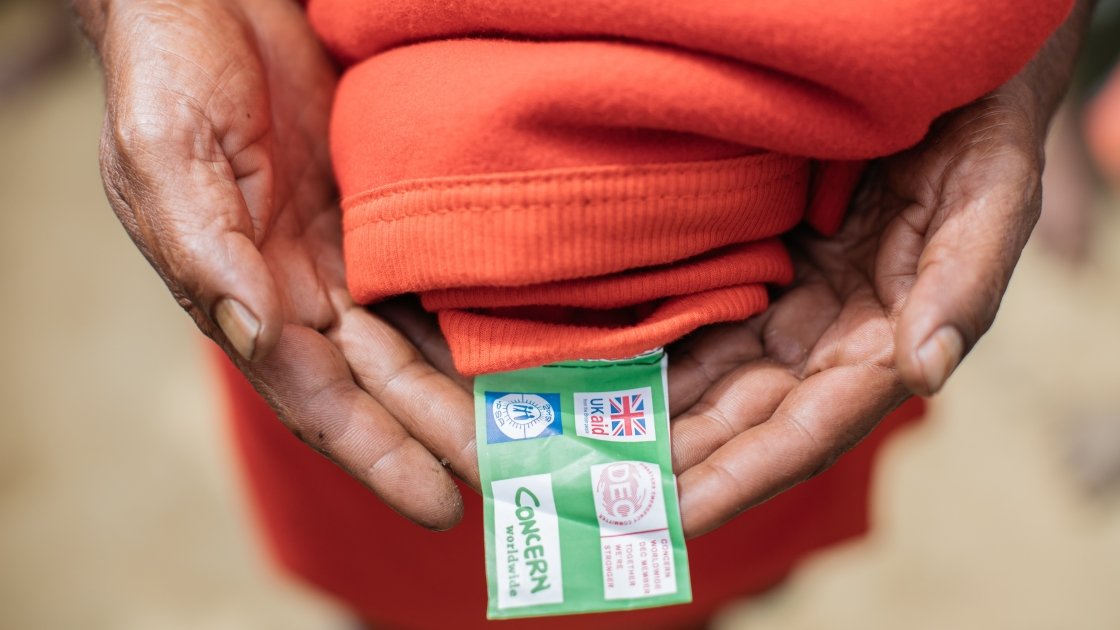 On June 16, the UK government announced its plan to merge the Department for International Development (DFID) into the Foreign and Commonwealth Office (FCO) in September to create a new Foreign, Commonwealth and Development Office. The decision has been met with disappointment and serious concerns for the future of UK aid.

This article explores what the merger is, what it means for the sector and the world’s poorest people, and why we should fight to save overseas aid.

Which departments have merged?

On June 16, the Prime Minister, Boris Johnson, announced that DFID and the Foreign Office are to merge to create a new department - the Foreign, Commonwealth and Development Office. Work will begin immediately on the merger and the new department will be formally established in September.

Up until now, DFID and the Foreign Office have been separate departments: DFID responsible for tackling global poverty, and the Foreign Office for protecting and promoting British interests worldwide. Ultimately, they are two very different departments with distinct purposes. However, Johnson stated that abolishing DFID as a separate entity would mean aid spending better reflected UK interests and that the merger was the opportunity for the UK to have a greater influence on the world stage.

What will change because of the merger?

At a logistical level, a few things will change. Foreign Secretary Dominic Raab will lead the new department, losing the post of the Secretary of State for International Development, and its budget will combine the DFID & FCO budgets. Aid spending will remain at 0.7 per cent of gross national income, but the Foreign Secretary will be “empowered to make decisions on aid spending in line with the UK’s priorities overseas”, a statement from Downing Street said. Johnson’s officials also made clear that the current review of UK foreign policy will look again at redefining what counts as aid.

For too long, Johnson said, UK aid spending has "been treated as some giant cashpoint in the sky that arrives without any reference to UK interests" – referring to British diplomatic and commercial priorities – and this too will now change. As a result, the merger will have serious consequences for where the aid budget is spent and the effectiveness of it, and more worryingly, for the world’s poorest people.

Why is the merger concerning?

The government’s decision to merge the Department for International Development into the Foreign Office has been labelled an “act of political vandalism” that “puts politics above the needs of the poorest people”, and is deeply concerning for a number of reasons.

Aid should be about poverty reduction not politics.

Merging DFID with the Foreign Office risks leaving the poorest and most vulnerable behind. Although Johnson claimed that reducing poverty would remain central to the mission of this new department, he also proposed less money would go to Zambia or Tanzania, and more would go to Ukraine and the Western Balkans where there are vital European security interests. DFID has long had a clear mandate – poverty reduction – and this should not be diluted by the ‘UK national interest’ argument. However, the merger may see more of the money focused on UK national interests and less on poverty reduction, raising the risk of ‘tied aid’ – providing support with strings attached, something that has long been discredited as a way to truly improve the lives of the world’s poorest and most vulnerable children and communities.

Merging DfID with the Foreign and Commonwealth Office sends a worrying signal that the eradication of poverty is no longer the primary aim of UK aid.

It takes something to unite the last three Prime Ministers – Cameron, Brown and Blair – yet they have each come out against this merger.

DFID is the most effective investor of aid.

Independent reviews show time and time again that DFID is one of the most effective, efficient and transparent aid investors in the world. Indeed, it often comes top – or near the top – of the transparency table. DFID has one of the most scrutinised budgets in government, through Parliament, through the Independent Commission on Aid Impact and in the media. DFID aid spend is often highlighted as achieving the greatest level of impact and value-for-money.

Other UK aid spending departments, however – including the Foreign Office – are criticised for being much less transparent, value for money and providing aid with strings attached. Any merger risks downgrading the quality of aid spending.

This comes at the worst possible time.

We are currently in the middle of a global pandemic, which we have all been struggling to deal with – at home and around the world. We need our leaders to focus on dealing with Coronavirus and its impacts, and a DFID leading the way to help the most vulnerable through this crisis. Now is hardly the time for the distraction of government restructures.

The merger risks diminishing the UK’s standing in the world, not enhancing it.

DFID is widely respected around the world for its focus on poverty reduction, its expertise and its delivery. The UK government is often praised for having an independent DFID. However, any perception of tying aid to political interests would risk watering this down and diminish the UK’s standing around the world.

There was no consultation with those of us delivering impact on the ground.

Despite Johnson claiming the decision was made after a period of extensive consultation, the NGO sector has been trying to offer our extensive expertise and insight for some time, but the door has largely been closed on us.

Moreover, the move comes just a week after MPs on the House of Commons International Development Committee said DFID should remain as a standalone ministry. Additionally, in December, more than 100 charities called on the government to retain DFID, warning that it would damage the UK’s commitment to humanitarian aid and dilute work on tackling problems in the developing world.

Why should we fight to save DFID?

The long and short of it is that we should fight to save DFID because it is the right thing to do. The merger comes as a huge blow to the fight against poverty, and “as the number of people facing severe food insecurity is set to double this year due to the pandemic, this is not the time for the UK to renege on our values of compassion and common humanity.”  - Danny Harvey.

Over the past 30 years, global progress in international development has been remarkable. Since 1990, child mortality and extreme income poverty have halved and over 2 billion people have gained access to toilets and safe drinking water. This is thanks in part to UK aid led by DFID.

Maintaining an independent DFID is the best way to ensure UK aid goes to helping the most vulnerable communities to survive and recover from Covid-19.

If you want to take a stand to make aid about poverty, not politics, send a tweet to Boris Johnson 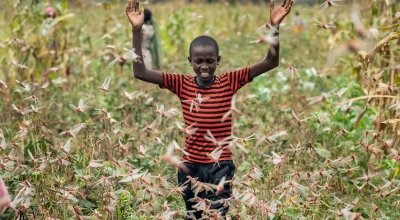 The news agenda has been dominated recently with one topic, and one topic only: coronavirus (Covid-19). Here are three worldwide emergencies happening right now, that are not Covid-19 related. 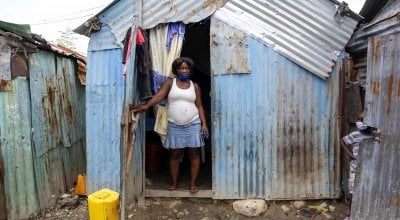