How far behind are refugees in the Covid vaccination race?

As countries race to vaccinate their populations against Covid-19, one group has largely been left behind: the world’s 80 million refugees and internally displaced people.

As of early-April 2021, only 20 countries were known to have begun vaccinating refugees “on an equal footing to citizens”, according to the UN Refugee Agency (UNHCR). But they represent only 10 percent of the 190 countries that have started vaccination programmes worldwide – a meagre accomplishment by any standard.

Following through on pledges

The UNHCR says that 153 countries have included refugees and internally displaced people in their vaccination plans. On the surface, that appears to be promising. But with 85 percent of the global refugee population living in low- and middle-income countries, it’s unclear if they will actually follow through on that pledge. Many of these countries where Concern works are already finding it difficult to obtain enough vaccines to cover their own populations.

So exactly how far behind in the vaccination race are refugees and people displaced by conflict and disaster?

In mid-January, Jordan launched its vaccination programme to include refugees – one of the first countries globally to do so, and championed by many as a ‘gold standard’. Jordan is home to an estimated 1.3 million Syrian refugees, around 660,000 of whom are formally registered. In February, it opened the first-ever Covid-19 vaccination centre for refugees in Zaatari camp which houses mainly Syrian people. Since then, it has opened a second to cope with growing demands. By mid-March, 1,200 refugees had been given their first dose and a further 2,000 had signed up to receive it.

Lebanon, which is home to 1.5 million Syrian refugees, had also publicly committed to include refugees along with the rest of the population. But registration among refugees remains extremely slow. By mid-April, 1,800 Syrian nationals, including refugees, had been vaccinated.

Syria was later than most countries to receive its first batch of Covid-19 vaccinations in late-February. But a fragile health system and damaged electricity network are hampering its vaccine distribution. It is unclear if the country’s 6.2 million citizens internally displaced by the civil war will be included.

Elsewhere, Bangladesh announced its Covid-19 vaccination plan at the end of January, but didn’t initially include refugees. The government later confirmed that a limited proportion of the 860,000 Rohingya refugees living in camps near Cox’s Bazar will now be part of the national rollout and should start receiving their first jab in April.

In addition to problems around vaccine supply and equitable distribution, refugees face a number of other obstacles in the race to be immunised.

Some countries have simply failed to provide accurate information for refugees about the vaccine and how to register. And governments who repeatedly withhold vital food, medicine and aid from political opponents as a weapon of war may do the same when it comes to the vaccine and block any guaranteed channel for its citizens who have been internally displaced by civil conflict.

On the other hand, refugees who are not officially registered because of restrictive residency policies will be cautious about signing up for vaccinations through government-managed platforms for fear of arrest or deportation. And others may be slow to take up the vaccine because of distrust after years of systematic discrimination and being denied access to vital healthcare and social protection services.

Not any time soon

Experts don’t expect the majority of refugees and displaced people to receive vaccines any time soon. But overcoming the obstacles matters, not least because it means protecting the most marginalised and saving lives. Leaving vulnerable communities behind in the vaccination race also undermines a nation’s – and ultimately, the world’s efforts to stop the spread of coronavirus.

Take part in the Ration Challenge and help provide emergency food, healthcare and life-saving support for refugees impacted by coronavirus. 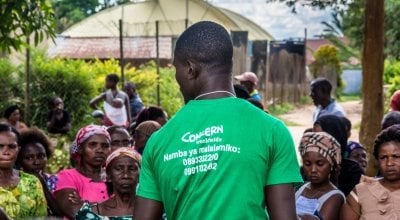 The humanitarian crisis in DRC: What you need to know

The humanitarian situation in the Democratic Republic of Congo (DRC) is dire. Here is what you need to know. 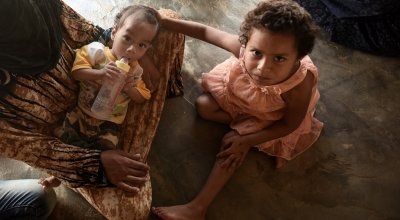 The global impact of gender equality

Today we are speaking with Adele Fox, Equality Advisor at Concern and someone who has been involved in the Umodzi project - an innovative way of tackling gender inequality in Malawi.