On 22 February, 1993, young nurse Valerie Place was killed while working with Concern in Somalia. Now, 25 years after her death, her Dublin-based parents speak publicly for the first time about the tragic incident.

Paddy and Peggy Place are a retired couple living together in Walkinstown, Dublin. They had six children in total. Valerie was their third-born.

From a young age, Valerie had an interest and passion for helping people.

She always wanted to be a nurse. When she was old enough, she studied in St James’ Hospital. Then one day, she came in and said: ‘I’m going off to Somalia with Concern, because there’s a famine on.' She wanted to go so she was happy going.

Valerie spent Christmas of 1992 working in Somalia’s capital city Mogadishu and although she was far from home in a time before mobile phones were common, she was sure to speak to her loved ones at home in Ireland as often as she could.

We’d phone her when we could and we enjoyed listening to her stories about their different traditions and ways of life over there. She never complained about life there.

It was clear from their conversations that Valerie was enjoying her time in Somalia. She was doing the job she had wanted for most of her life, while also making new friends along the way. 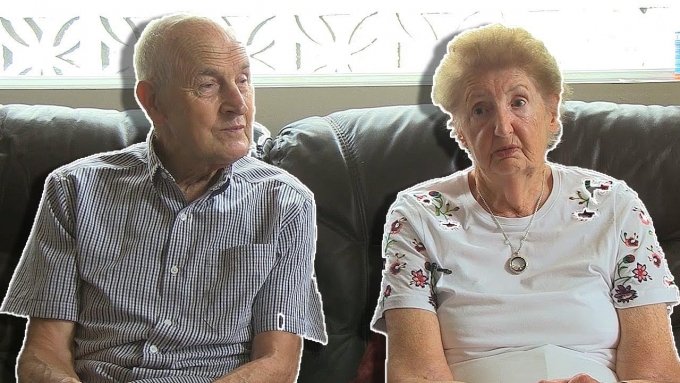 Valerie was managing a feeding centre in the country’s capital Mogadishu. On February 22, 1993, she joined a convoy travelling back to the city. Many humanitarians were on edge in Somalia, after the death of British Aid Worker Sean Devereux, who was working for Unicef, in the southern port of Kismayu.

Despite this, Peggy and Paddy never dreamed anything would happen to Valerie while she helped those most in need.

I didn’t think there was all that much danger there.

As the convoy neared the town of Afgooye, around 32km west of Mogadishu, gunmen opened fire on the vehicles.

As the drivers attempted to escape the violence, more shots were fired in their direction.

While most people survived unharmed, a stray bullet hit Valerie, who had lay down on the car’s floor. She was killed instantly.

A knock on the door

Around 12,300km away in Walkinstown, Peggy and Paddy heard a knock on their door. It was a representative from Concern, there to tell them of the attack, but they didn’t know whether there were any injuries or fatalities.

“Then, they just got word that Valerie had been killed, so they knew then immediately and then that was it,” Peggy said.

“It was an awful shock.”

“We didn’t expect any trouble at all,” Paddy said.

She was willing to go and ready and waiting to go and then it was taken away from her like that. I think she died fairly quickly, so it was a good thing in the sense that she wasn’t suffering.

Despite their own heartache, both Peggy and Paddy were happy that nobody else in the convoy was hit.

‘It was all over the papers’

The following days were incredibly difficult for the Place family. Not only did they have to bury their sister and daughter, but Valerie’s death was a major news story.

My God, it was in every paper and every radio station. It was very very big news at the time. There was around 30 priests when it came time [for her funeral]. The door never stopped knocking. People were coming all the time.

Her funeral was also attended by then President Mary Robinson, who also spent time in Somalia.

In the weeks after Valerie’s death, her parents were inundated with letters from all over the world. They were bowled over by the kindness of people who they had never met. They received condolences from soldiers, politicians, journalists and humanitarians. Peggy still has them saved.

“I couldn’t pick one that meant the most to me, because there was just so many,” she said.

“People were very appreciative of the work she was doing,” Paddy said.

Every year, the Place family have a mass to remember and honour Valerie. It’s a time for the family to get together and catch up, since some of Peggy and Paddy’s sons and daughters live abroad.

Valerie’s younger sister Denise has recently graduated as a nurse too.

The family also keep in touch with Concern and often attend major events, including this year’s event in Áras an Uachtaráin with President Michael D. Higgins, which celebrated the charity’s 50th year in operation.

“Concern always keeps in touch with us. It happened such a long time ago, you’d think a lot of people would have forgotten.”

“But she took it in her stride, didn’t she?” Paddy said.

A mural in Somalia

A memorial to Valerie Place in Somalia. Photo: Concern Worldwide

A beautiful mural of Valerie nursing Somalian babies was painted on the side of a building in Mogadishu not long after her death. At each side of the mural is a paragraph of text, both in English and Somali, which reads:

Valerie Place, 23, was born in Dublin, Ireland and came to work in Somalia in October 1992. She was beautiful, happy, loving and compassionate. She devoted her life to caring for others. Valerie saved the lives of thousands of people and was a mother to all the children in Pan Africa. Valerie died on 22 February 1993. Her family, friends, Concern and the whole of Somalia will never forget her. We will miss her very much.

Concern is responding to the Horn of Africa’s worst drought since 1981, that has left 13 million people facing severe hunger and water shortages.

Concern is responding to the Horn of Africa’s worst drought since 1981, that has left 13 million people facing severe hunger and water shortages.